‘You Guys are My Heroes’: When the Coast Guard and National Guard Deployed for Hurricane Ian Relief, the USO Was By Their Side 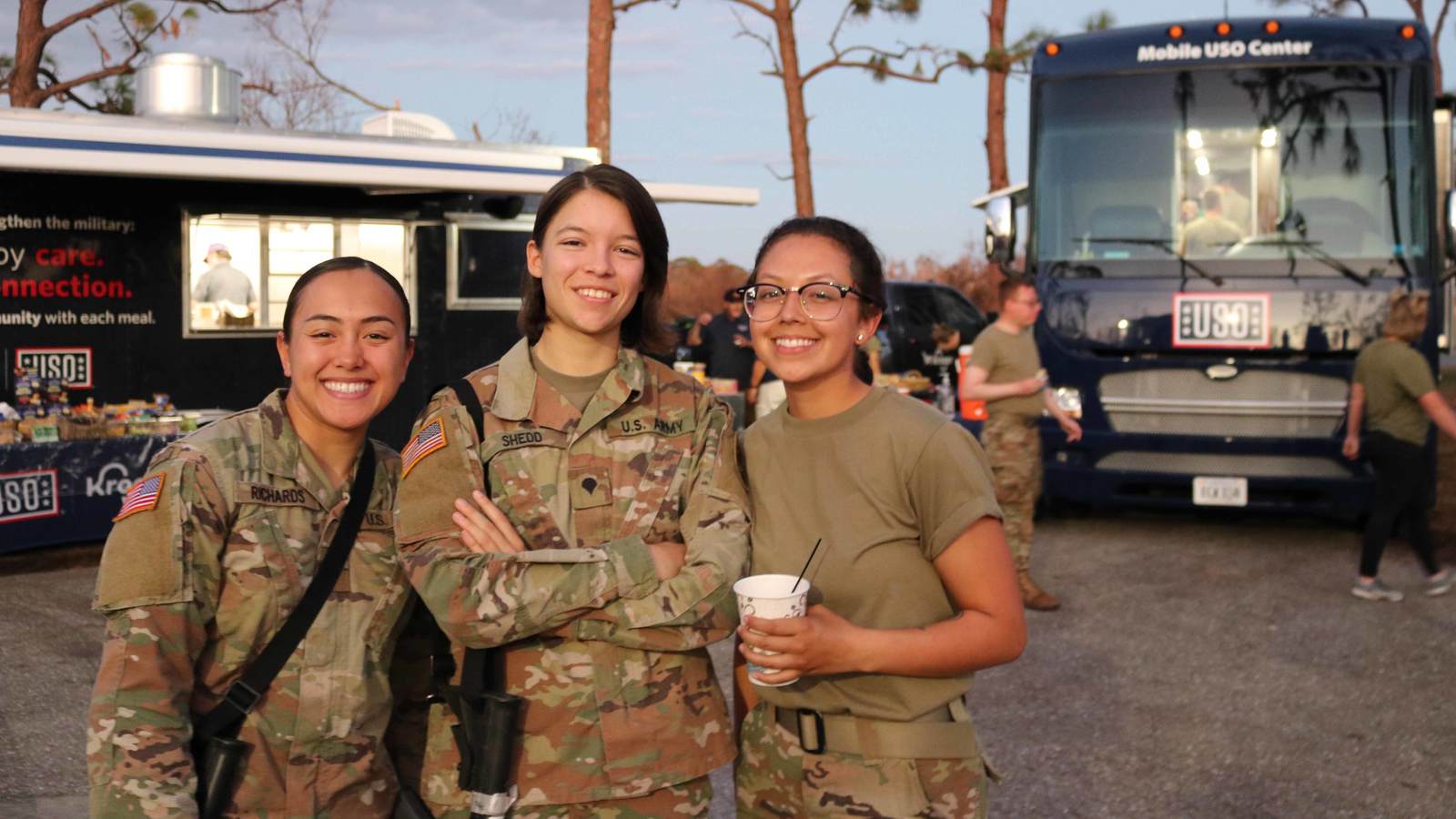 The end of summer typically means the beginning of hurricane season, as evident by Hurricane Ian, which struck the Florida coast as a category 4 storm and left destruction in its wake.

As families living along the Southwest coast of Florida received evacuation orders to flee their homes to escape the devastation of Hurricane Ian, the Florida National Guard activated 5,000 members – in addition to 2,000 members of the Tennessee, Georgia and North Carolina National Guards – to support the disaster response.

Many of these “weekend warriors” who live in Florida had to leave their families and homes at a moment’s notice, all to protect their beloved home state from nature’s unrelenting force.

For Staff Sgt. Brian Whitaker with the 202nd Red Horse Squadron of the Florida Air National Guard, his team mobilized days before Hurricane Ian hit the coast of Florida and were pre-positioned to provide immediate assistance to the local community, clearing damage from public roadways caused by the hurricane.

“When I got the call Sunday night, a few days prior to Ian hitting the coast, I was ready to go,” said Whitaker, who currently lives in Daytona Beach Florida and helps his family run their farm. “I always keep my deployment bag near the front door, so I am prepared for situations like this, ready to roll when I get the call to help those in need.”

While Whitaker, the National Guard, and Coast Guard were preparing to support the Florida community, the USO’s Mobile team was preparing to support the military members who were called into action. Even before Hurricane Ian hit the Florida coast, the USO was preparing and staging supplies in Virginia, Georgia and other parts of Florida to be ready to hit the ground running as soon as it was safe. 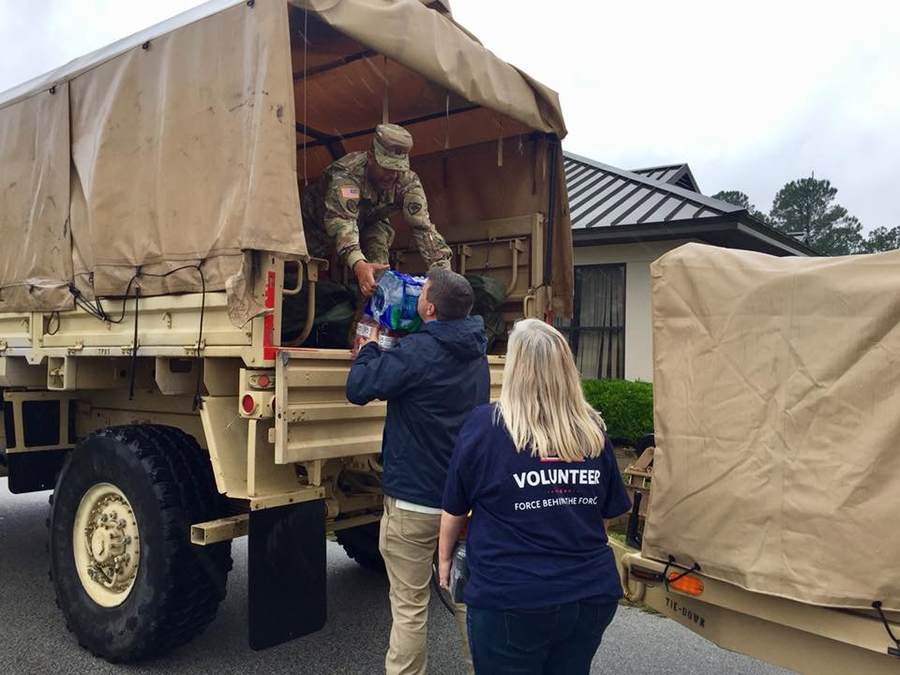 USO Centers at Fort Campbell, North Carolina, South Carolina, and in Jacksonville and Central Florida also delivered support to active duty service members, the National Guard and Coast Guard as they prepared to embark on their mission and conduct rescue, recovery, and clean-up operations. This support was made possible by generous supporters of the USO. In addition, it bolstered their morale by providing much-needed supplies such as refreshments, homecooked meals and hygiene items to help them maintain resiliency and strength.

Since Hurricane Ian’s landfall, National Guard and Coast Guard members have been working around the clock, tackling 12-hour shifts in the sweltering heat to provide security and distribute food, water and ice to residents at multiple strategic locations.

Although they are proud to serve, it doesn’t take long for this schedule to become mentally and physically draining for even the most dedicated service member, making any form of outside connection or entertainment a welcome distraction.

That’s why Mobile USO vehicles are such a highly requested service during a natural disaster response. Whenever National Guard members see the USO’s vehicles and those famous three letters they have come to know and love, they see a taste of home is waiting for them. 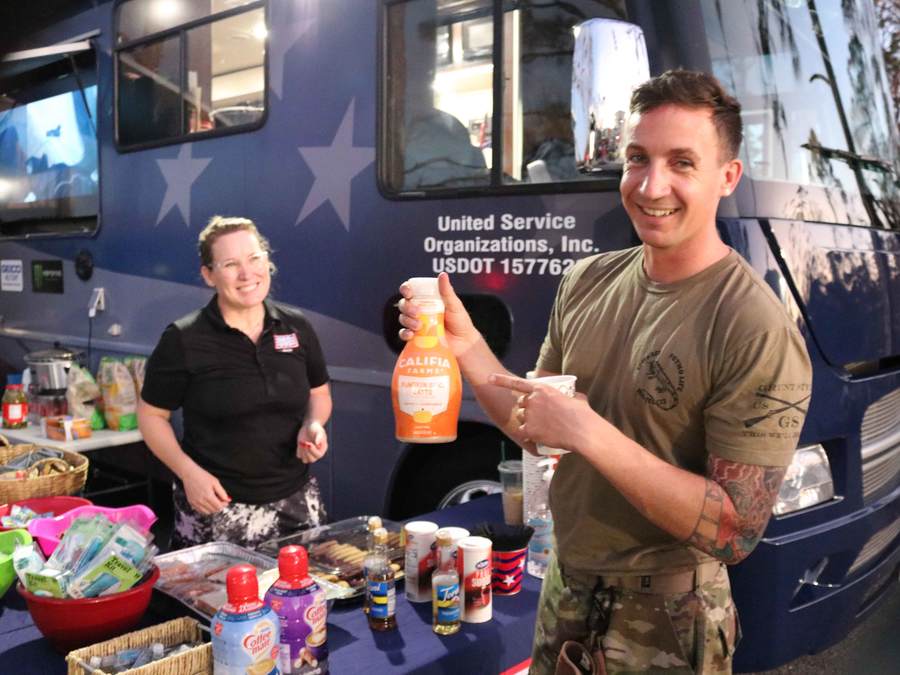 “You guys [the USO] are my heroes,” said Whitaker. “You just pulled out pumpkin spice coffee creamer, it may not seem like much to some people, but to me it’s the little things like this that brightened my day, and the USO coming out there like this was the best way to end our two-week mission.”

As the National Guard gives back to the local community devastated by Hurricane Ian, the American people give back to these hardworking service members out in the heat for hours on-end. Throughout Southwest Florida and the surrounding counties, three Mobile USO units have provided a place for service members to relax, enjoy refreshments, use Wi-Fi to connect with loved ones and recharge during their downtime. 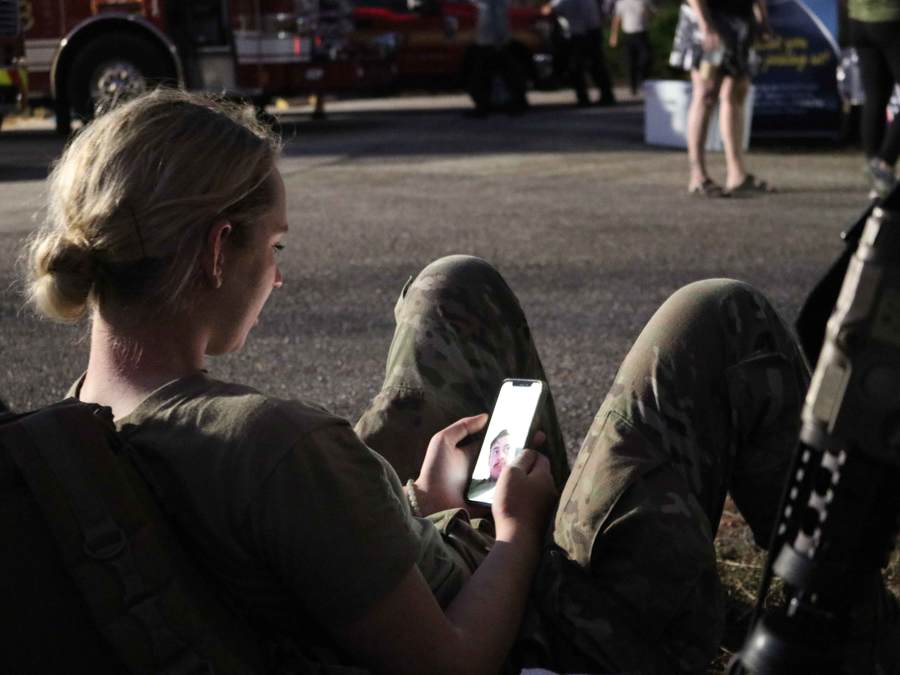 Often, Mobile USO staffers will have USO Care Packages on -hand to give service members, many of whom had little time to pack personal care items ahead of their rapid deployment. These innovative care packages are constructed with a durable, tan, nylon material that has a M.O.L.L.E. system on the back for attachment to most military-issued gear, which is perfect for a deployed National Guard member on the go. 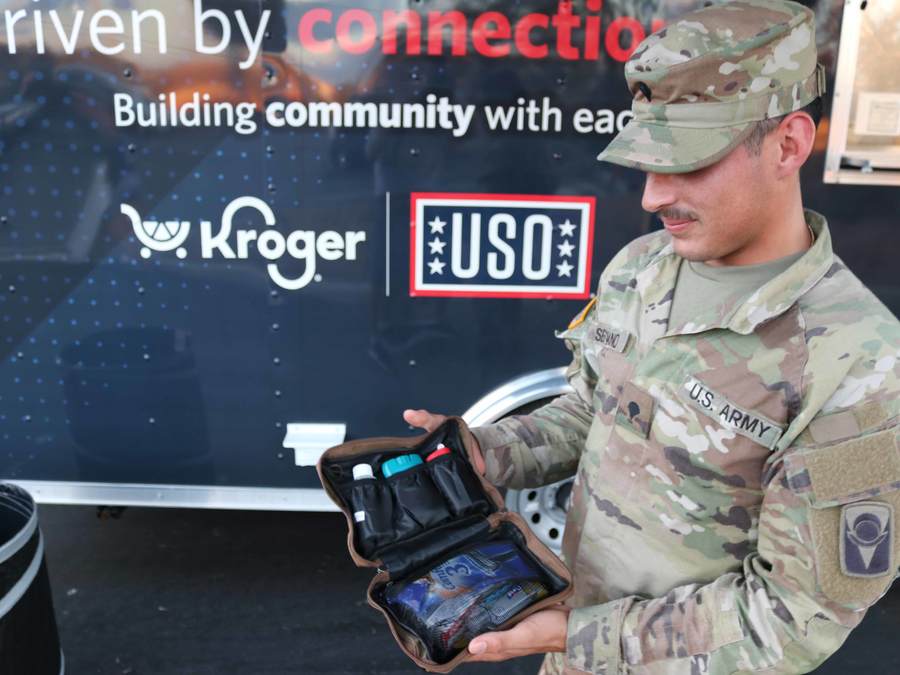 Acting as ‘USO centers on wheels,’ the Mobile USO units and the teams that operate them bring a touch of home and a sense of normalcy to service members working in the wake of natural disasters. In addition to a USO Sprinter Van and large mobile vehicle, the USO also deployed the USO – Kroger Mobile Food Vehicle.

The USO-Kroger Mobile Vehicle – created in partnership with Kroger, America’s largest grocer – is an adaptation of our Mobile USO Vehicles and is fully outfitted with a mobile kitchen unit. While in Florida, this vehicle supported the troops through hot meals while they carried out hurricane relief missions.

Some junior service members enjoyed their first Mobile USO experience during this mission, including Specialist Damien Servano who was excited to see the USO team make its second stop at his unit’s location.

“My phone has been blowing up with – the USO food truck is here again, you have to come check it out,” said Servano, a Hampstead, Fla., resident. “It was a nice break to get some different and tasty kind of food today.” 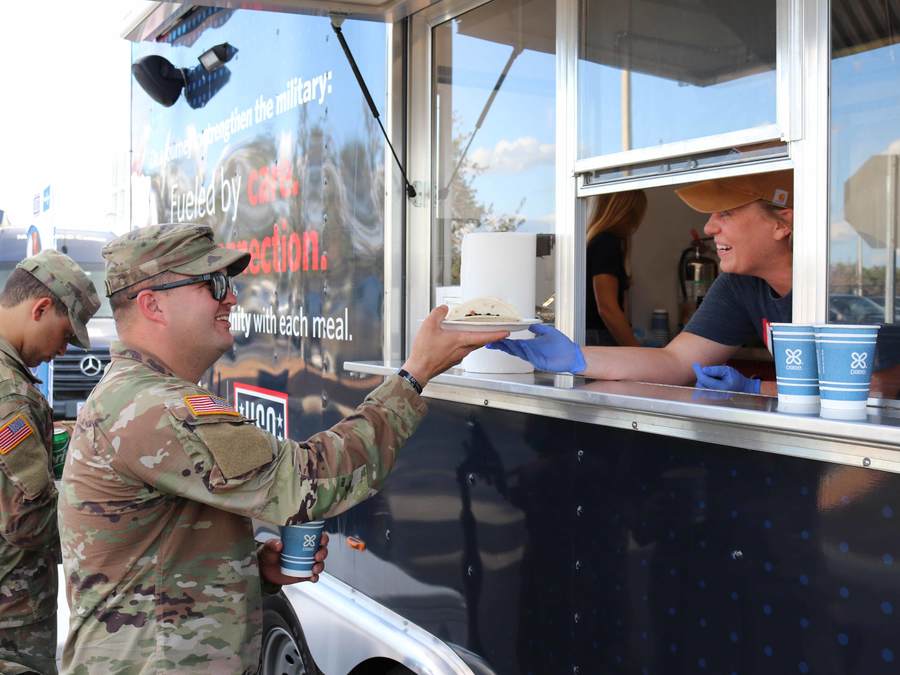 Thanks to contributions from supporters like Kroger, WaWa and Coca-Cola, the USO is always prepared to deploy in the wake of a storm and provide a touch of home to troops activated during hurricane season. It’s something we’ve been doing for years and something we are quite proud of.

“Every hurricane, activation and mission are different for our guard members, and they have different needs each time,” said Angela Hodge, Mobile USO Operations and Program Manager. “The Mobile USO team takes pride in activating based on the ever-changing needs of our service members, and to remain as a constant reliable source for them just as we have for the past 81 years.”

Although the future of hurricane season 2022 remains uncertain outside of Hurricane Ian, the USO stands ready and prepared to serve any guard, reserve or active duty troops tapped to help with hurricane relief efforts.