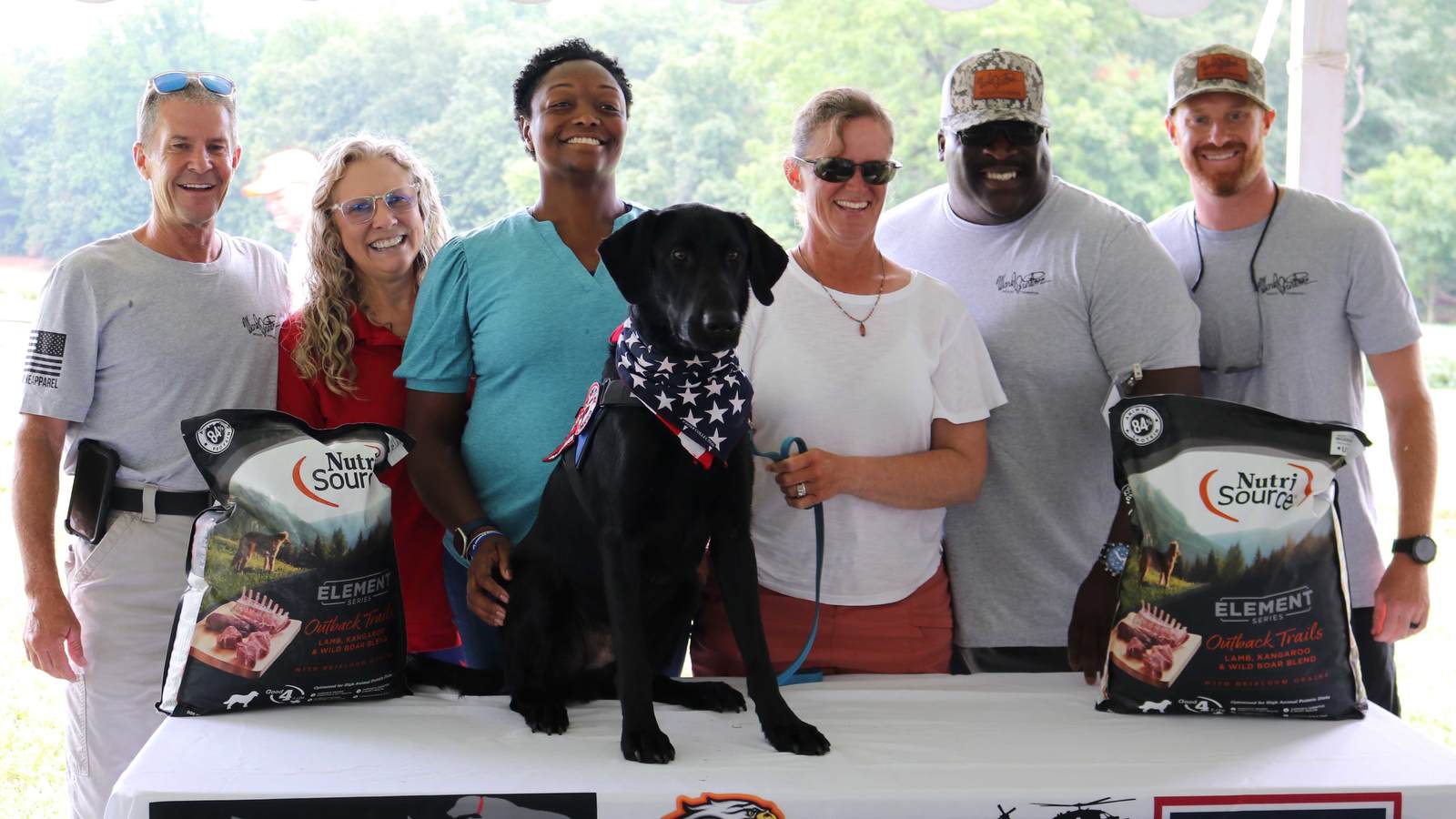 From coping with mental health issues to transitioning to civilian life, Raina Stroman a wounded Air Force veteran and 2022 Warrior Games Athlete, understands more than most the challenges her fellow service members face.

Suicide rates among active-duty military members are currently at an all-time high since record-keeping began after 9/11 and have been increasing over the past five years at an alarmingly steady pace. In 2021, research found that 30,177 active duty personnel and veterans who served in the military after 9/11 have died by suicide - compared to the 7,057 service members killed in combat in those same 20 years.

For military families and parents, whose active-duty loved one already sacrifices so much to protect our freedom, this trend is extremely troubling.

That is why the USO, with the support from our partners is such a crucial element of support for service members who may suffer from invisible wounds associated with post-traumatic stress disorder (PTSD) and traumatic brain injury (TBI) – and it is why any form of support, including therapy or companion dogs, is so welcome.

The USO, in partnership with the Ward Burton Wildlife Foundation (WBWF), founded by former NASCAR driver and Daytona 500 Champion – Ward Burton, with the help of Pepperjack Kennels recently presented Stroman with her new life companion ‘Ace,’ August 12, 2022, during the WBWF’s inaugural American Heroes Day in Blackstone, Va., to aid Stroman in her recovery and well-being.

Ace is a one-year-old black Labrador Retriever who has been extensively trained by PepperJack Kennels for military companionship.

“This is so overwhelming, and I am filled with so much joy right now, Ace is a godsend,” said Stroman. “I’ve been waiting a really long time to welcome a companion dog like Ace into my life.”

“I suffer from dissociation, and sometimes I’ll get triggered and it’s like I’m in third person view,” said Stroman. “I have not gone into that at all today, which is rare for me. I think just having Ace near me will be like a comfort and it will keep me grounded and focused.” 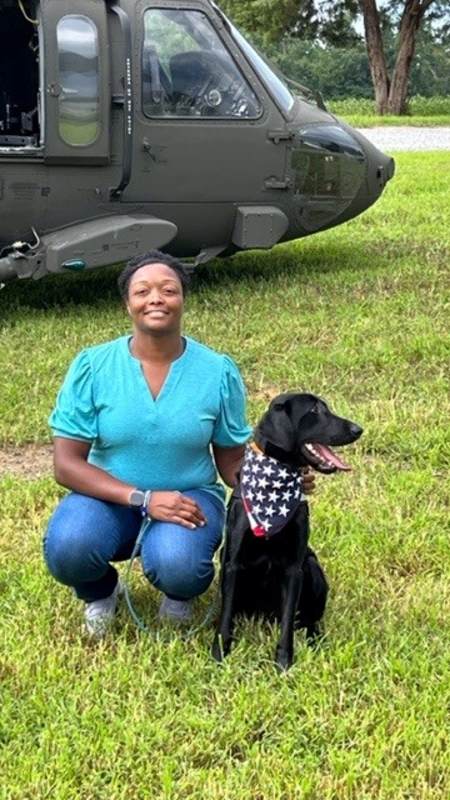 Ace was specially trained by Misty Melo, owner and head trainer of Pepperjack Kennels that provides professional retriever training and handling, and is based out of Wisconsin, with training sites in California and Texas.

“It couldn’t have been a better match. Raina is a total natural with Ace, and we can tell he’s already bonded with her,” said Melo. “Raina’s personality and Ace’s matches perfectly.”

The match making between Raina and Ace would not have been possible without the passionate support and commitment from Ward Burton and the Ward Burton Wildlife Foundation, who coordinated with both the USO and Pepperjack Kennels to support a veteran in need.

“I knew from the moment I met Raina, that she was the perfect veteran to receive Ace. Her service and sacrifices have not gone unnoticed, and we are honored to support Raina, our active-duty service members, and veterans,” added Burton.

The day before Raina received Ace, the USO Hampton Roads and Central Virginia (HRCV) held a ‘puppy shower,’ similar to a traditional baby shower, to ensure Raina had what she needed to welcome Ace into her home. From a dog bed, treats, play toys, to waste-disposal bags, Raina received everything you could think a new dog owner would need, while enjoying refreshments and a special cake with her friends and supporters from USO HRCV. 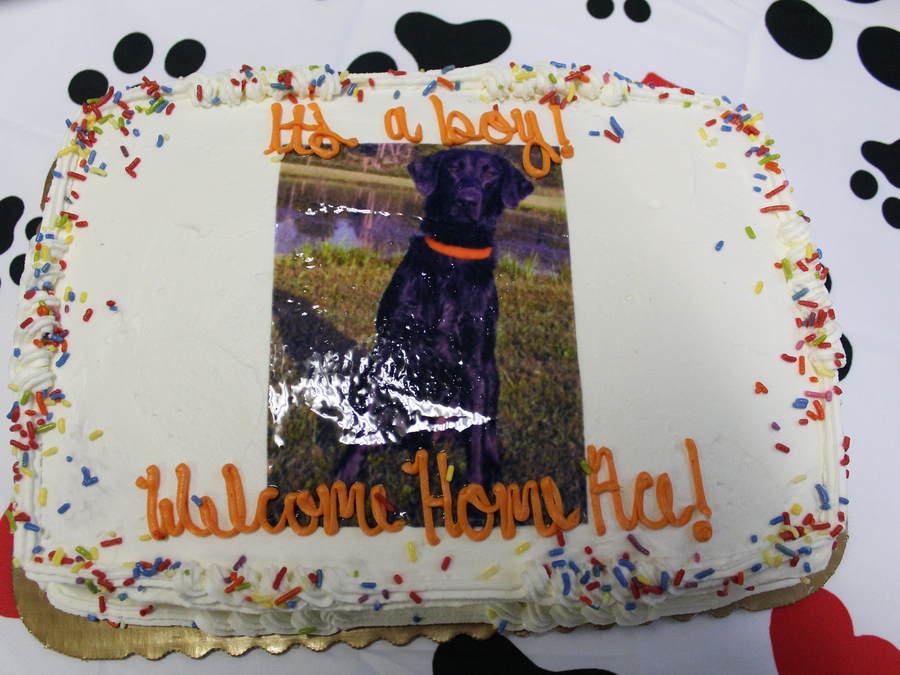 “USO Hampton Roads and Central Virginia is honored to support Raina throughout her recovery, and we were so excited to be part of this experience with her, said Paula Moran, Executive Director, USO Hampton Roads and Central Virginia. “I believe things happen for a reason, and this is the perfect dog for Raina, It’s going to be the best night’s sleep I think she’s ever had now that she Ace by her side.”

The USO understands the strong bond between humans and animals and recognizes the critical role dogs like Ace play within the military community. With dedicated partners like Ward Burton, PepperJack Kennels, and Screaming Eagle Ready Mix the USO can continue to support the mental and physical health of our service members and their families.