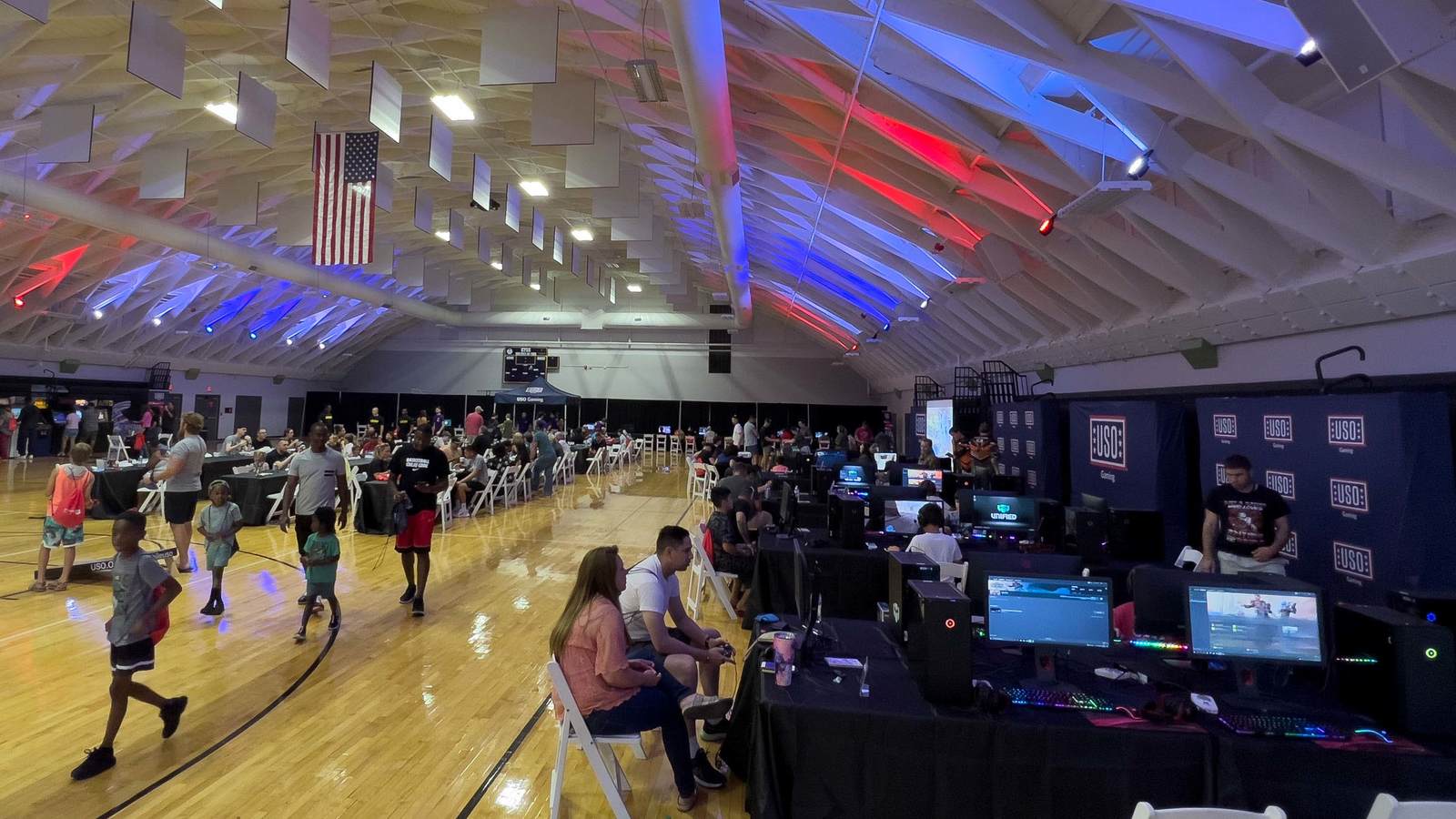 The USO and Morale Welfare and Recreation (MWR) at Fort Knox hosted a USO Gaming Convention for over 3,000 Army Reserve Officers’ Training Corps (ROTC) cadre supporting cadet summer training at Fort Knox as well as the roughly 26,000 community members that live on and work at Fort Knox.

The USO Gaming Convention took place June 18 and 19, from 10 a.m. to 4 p.m., and was a 2-day convention-style event where training support cadre and active duty service members and their families stationed at Fort Knox participated in a variety of gaming events.

“For many of our service members, video games can allow them to de-stress from the responsibilities of their daily missions or rigorous training,” said Ross Ledford, USO Southeast Regional Gaming Events Manager.

The USO rolled out the red carpet for the local military community, setting up a variety of gaming experiences from state-of-the-art gaming systems, to cornhole and disc golf equipment. 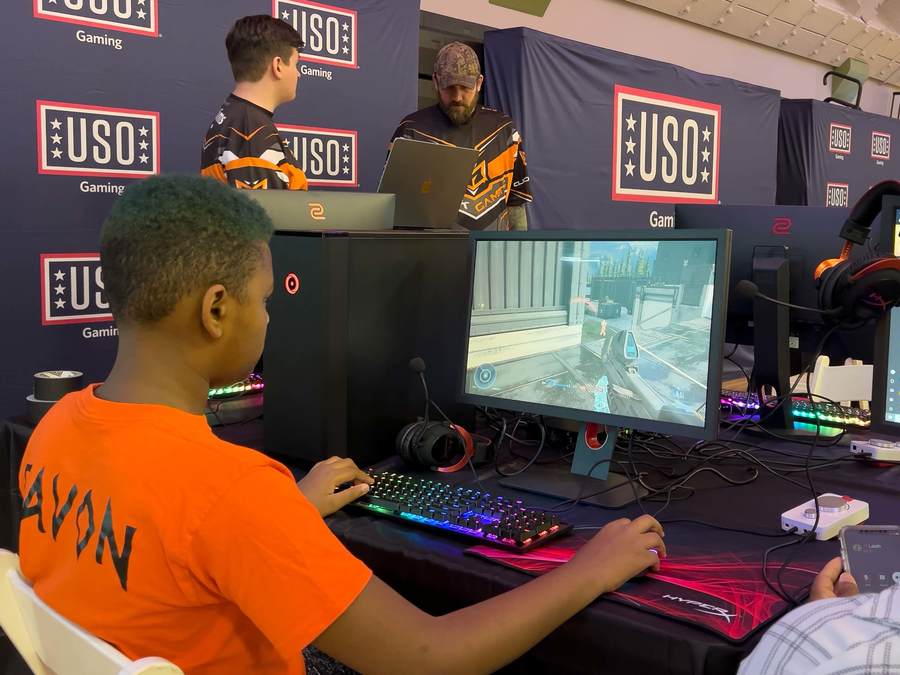 USO centers serve as a place for service members and their families to unwind, connect and participate in USO Gaming events, and other activities.

Austin Owens, who was participating in one of the video game tournaments, said he and his whole platoon had augmented to Fort Knox from Fort Polk. He said their barracks were right down the road, and they were excited for what had been organized.

“The USO is one of those places that makes you feel good to be a soldier,” he said. “They take care of you.”

As the need for gaming continues to grow, the USO is hosting more gaming events like the USO Gaming Convention at Fort Knox, as well as constructing gaming centers at USO centers across the globe, including the USO’s newest USO Gaming Center at Eglin Air Force, which opened its doors April 2022.

The USO’s NFL Salute to Service USO Gaming Mobile Trailer was also on site for training support cadre and service members to enjoy, as well as the Kroger/USO Mobile Food Truck which served a complementary lunch to all those in attendance on both days of the convention. 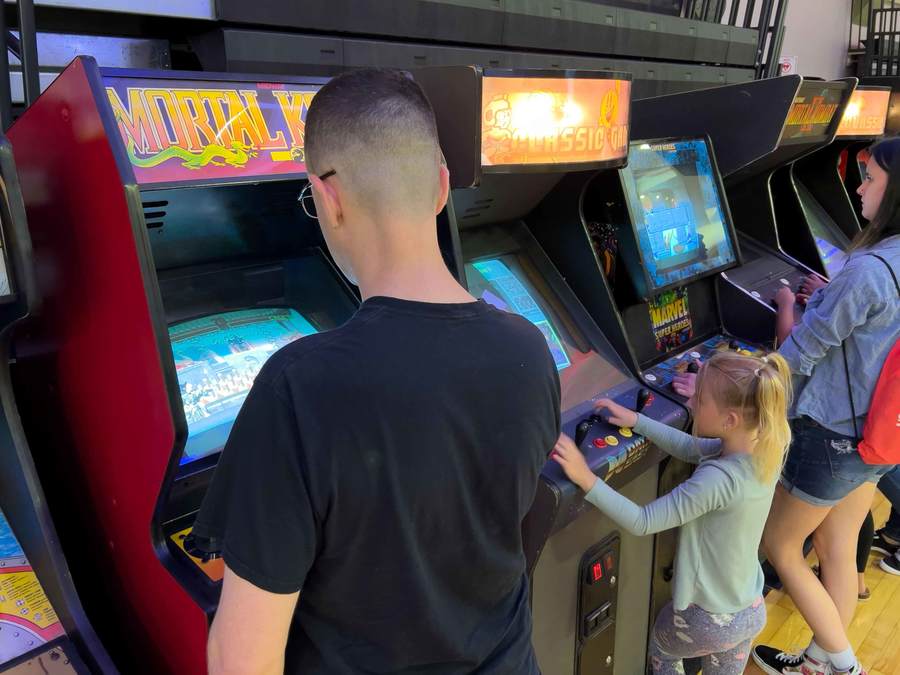 Video games have always had a place in USO centers over the past four decades. From the early days of standup arcade games and pinball machines, to the currently offered video game consoles and livestreaming, the look and feel of USO Gaming has certainly changed, but its presence has remained constant.

“Gaming is a way to forge bonds with fellow service members, stay connected to loved ones back home or even just a chance to take some time to themselves to relax and recharge,” said Ross.

While offering video gaming as means of entertainment is not new to the USO, its latest online and social approach is a refreshed take on a now-classic USO amenity. In the last year, the organization has taken its gaming initiative to the next level by outfitting more of its locations with dedicated gaming spaces, equipped with all the latest technology, as well as hosting video game tournaments, both in person and online.

To learn more about USO Gaming and how you can get involved please visit uso.org/gaming