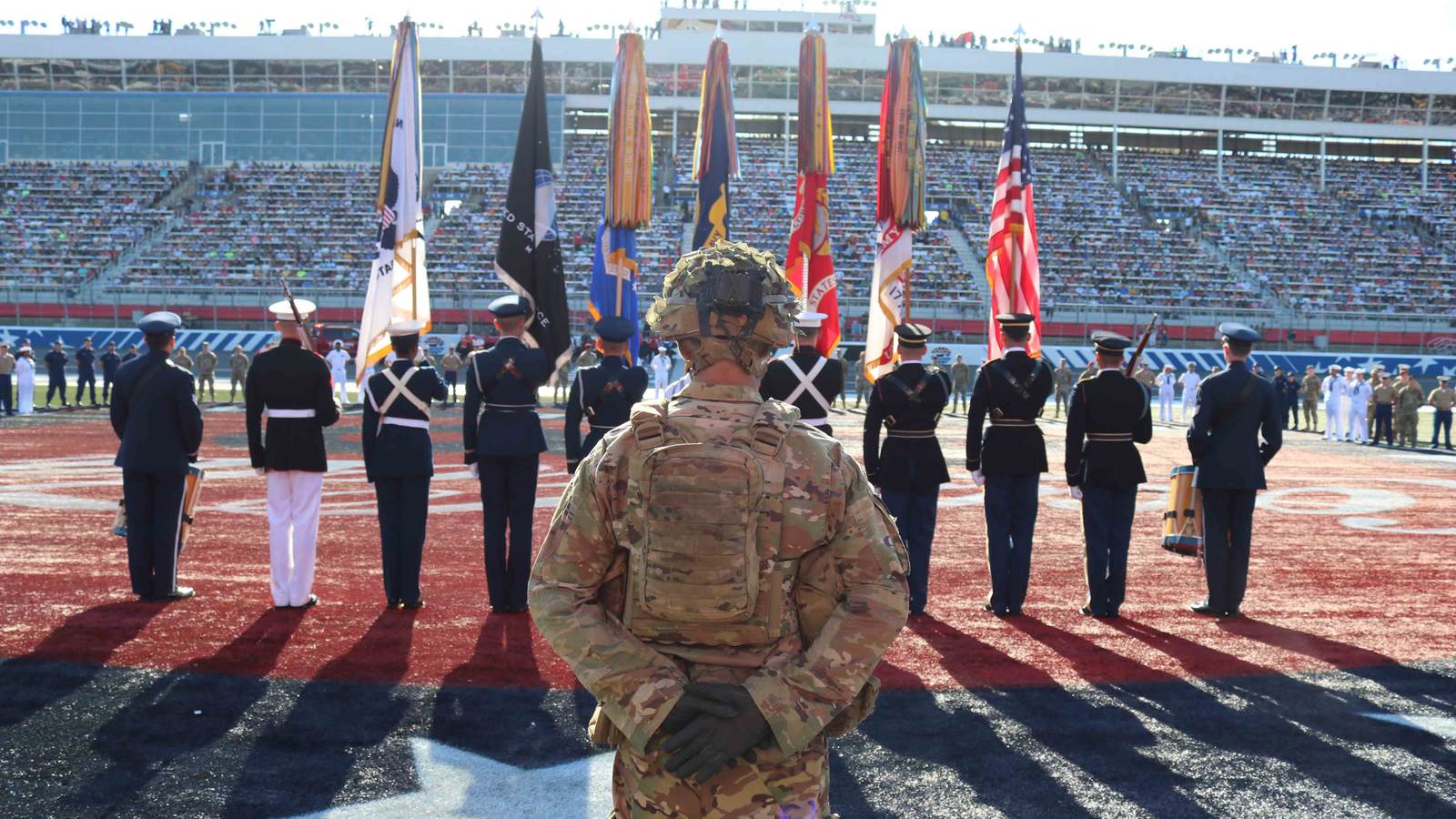 For over 80 years, the USO and Coca-Cola have joined forces to bring a taste of home to service members and their families around the world. Through this longstanding partnership, which began in World War II, the USO and Coca-Cola continue to uplift and strengthen our nation’s heroes while helping everyday Americans fulfil their patriotic duty to support them.

This commitment to the U.S. Armed Forces was on full display over Memorial Day weekend 2022 during the Coca-Cola 600 NASCAR Cup Series points race.

“Coca-Cola is incredibly proud of our 81-year partnership with the USO and our shared values of honoring our military service men and women,” said Alba Baylin, vice president of community & stakeholder relations for Coca-Cola North America.

“The Coca-Cola 600, which is held on Memorial Day weekend, is a special time to bring racing fans together to recognize and honor our nation’s Armed Forces, while bringing awareness to the USO’s mission of supporting those who have sacrificed and served our country.”

As part of this year’s Coca-Cola 600, NASCAR driver Corey LaJoie represented the USO at NASCAR’s race and one of the nation’s largest Memorial Day celebrations.

“Memorial Day weekend is a time to reflect on our nation’s values and honor those who sacrifice so much to preserve them,” said Brian Cowart, the USO’s chief development and marketing officer.

“We are grateful for the support of Coca-Cola, as well as Corey LaJoie and his team, as we bring civilians and the military community together to recognize our heroes in uniform, including those who have given their lives in the line of duty and those who are serving so selflessly.”

LaJoie outfitted his No. 7 Spire Motorsports Chevrolet with a USO paint job: painted with red, white and blue camouflage, the USO logo and messages of support to our service members. As part of NASCAR’s 600 Miles of Remembrance, the car was also driven in memory of Lance Cpl. Rylee McCollum, whose name appeared on the car’s windshield header. 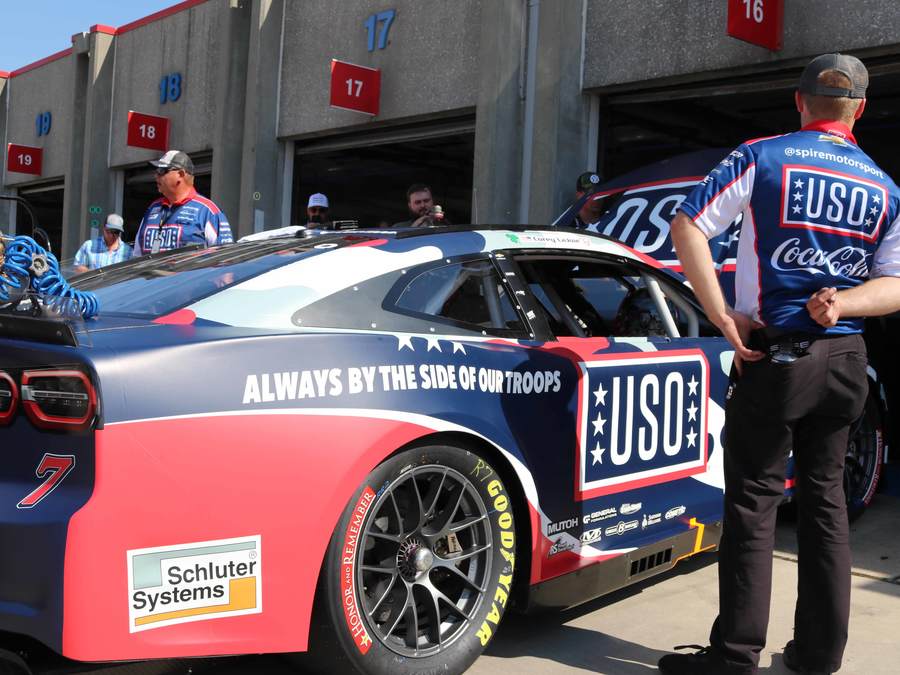 “Representing the USO on Memorial Day weekend is a dream come true,” said LaJoie. “The Coca-Cola 600 is one of my favorite races on the schedule, as well as being my home race. The opportunity to partner with the USO and Coca-Cola will allow us to really show the service members and their families a great time at the track, as well as remember the brave men and women who paid the ultimate price for our freedom.”

Jim McCullum, father of Lance Cpl. Rylee McCullum, Rylee’s wife Gigi, as well as the couple’s 9-month-old baby daughter, were also in attendance. The family members of Rylee were grateful for LaJoie and the USO’s support in taking care of their family in their time of need, and for honoring Rylee during the Coca-Cola 600.

“Although we have experienced the whole gamut of emotions this weekend, the sadness and respect and the honor of Rylee, what everybody has done for us and the people that we’re meeting … we are overwhelmed with appreciation,” said Jim.

The USO proudly stands with our nation’s military families throughout every step of their time in service – and especially in times of great sorrow. When tragedy befalls a service member, the worlds of their many loved ones come to a halt. Our caring USO staff and volunteers are prepared to provide assistance to Families of the Fallen and ensure a service member’s dignified transfer at airports where a USO center is located as part of the USO’s Honor Support Team.

“When we went to Dover [to observe the dignified transfer of Rylee’s remains], the USO was there for us as we navigated trough all mental the fog, we were so numb at that point,” said Jim. “They made [traveling to and from Dover] absolutely flawless for us. We did not have to worry about anything. They took care of us every step of the way, which was really, really nice and very appreciated.” 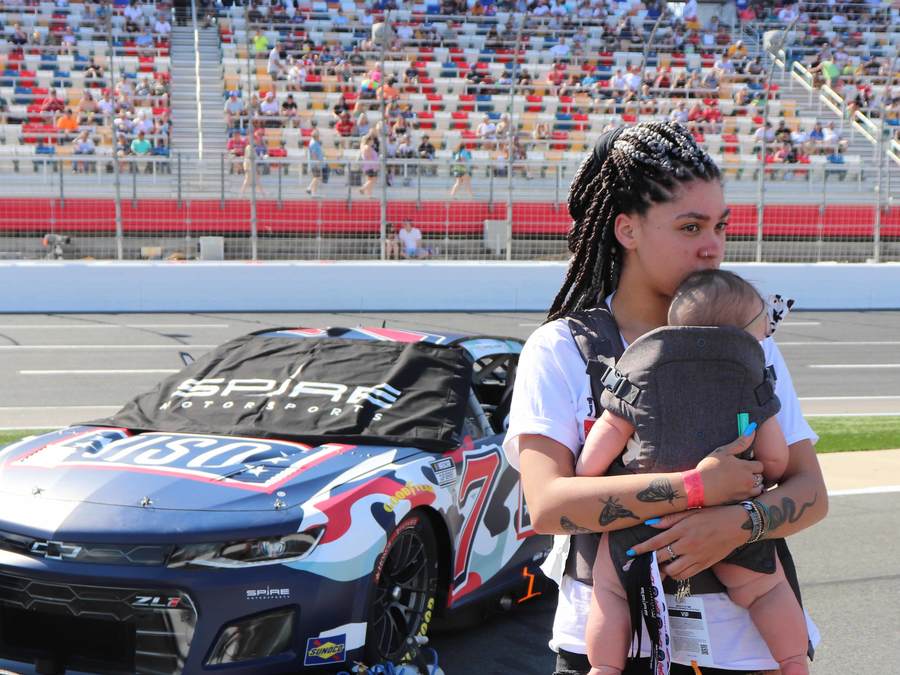 Gigi McCullum, wife of the late Lance Cpl. Rylee McCullum, is pictured at the Coca-Cola 600 with the couple’s 9-month-old baby daughter. As part of NASCAR’s 600 Miles of Remembrance, Corey LaJoie’s USO-branded car was driven in memory of Lance Cpl. Rylee McCollum, whose name appeared on the car’s windshield header. | Photo credit Suzanne Milano

Amidst the shock and grief of having lost a loved one, the journey to a dignified transfer can be an overwhelming one for military family members. After receiving the news of their service member’s passing, these Gold Star Families are then informed of the process of bringing their loved one home via a dignified transfer and must make the decision of whether or not to travel to locations such as Dover Air Force Base to be present for the dignified transfer.

Depending on the circumstances, the notification of the loss of their loved one can sometimes be short notice, giving some families and spouses only 24 hours to prepare to travel across the country – or the world – to be there for their service member’s arrival. The travel process itself can be difficult, with the added stress of rearranging personal schedules and making connecting flights in time, all while grieving the unexpected loss of their service member.

The USO aims to alleviate many of the logistical hurdles throughout this process, so that these families have space to grieve. This can include everything from assisting Gold Star Families along their journey to the dignified transfer through a vast network of USO airport centers, to providing the families with free Wi-Fi, computer and telephone access to offering refreshments so that families and friends may spend their time properly grieving and honoring their fallen hero. No matter what the hour or the need, the USO is there for the Families of the Fallen.

The Coca-Cola Company also invited retired Vice Admiral Mary Jackson, a USO Jacksonville, Fla., Advisory Board Member, and over 1,800 service members and their families – including Gold Star Families – to enjoy the 63rd running of the Coca-Cola 600 during the Memorial Day weekend, honoring all those who lost their lives in defense of our country. 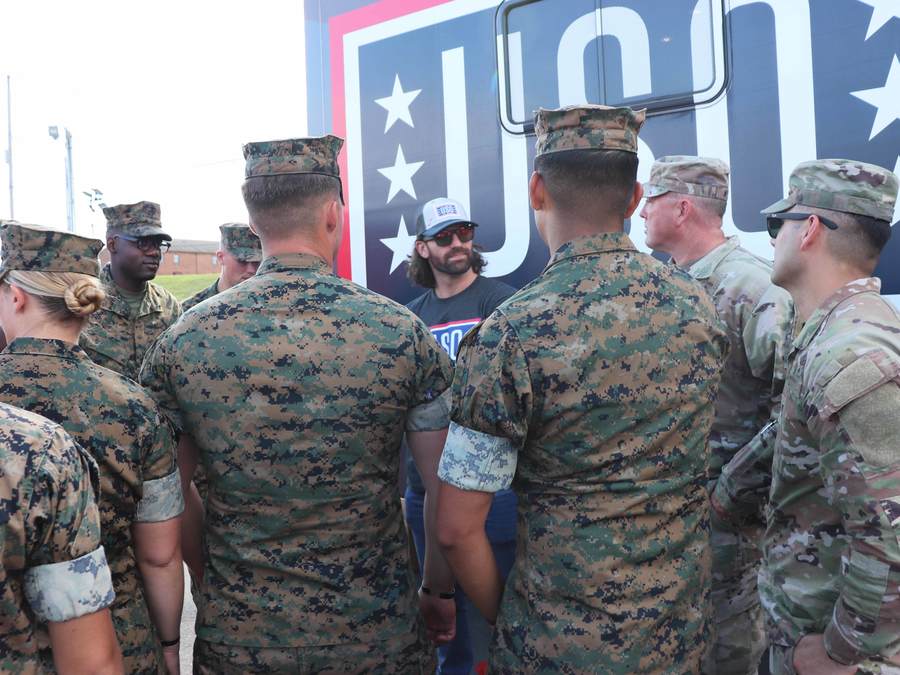 “It was a really special weekend for all the right reasons … to honor our fallen service members, our Gold Star families and those still serving and their families,” said Jackson. “It was an honor to be a part of the opening ceremonies and to take part in the starting command in honor of those we remember, and in gratitude for the men and women now serving our great nation as members of the United States military.”

During the race weekend, both Coca-Cola and the USO had an impressive co-branded display in the Fan Zone, where race fans had the opportunity to learn more about the USO and its mission. Attendees were able express their appreciation for our Armed Forces through the USO and Coca-Cola’s Campaign to Connect, which encouraged the public to send messages of support to our troops by writing a hand-written note or scanning a QR code to share their appreciation for service members. These messages are then displayed on screens at USO centers all around the world, from Iraq to South Korea and beyond.

The Mobile USO unit – essentially, a USO center on wheels – was onsite at both the Fan Zone and in the infield of the race track, providing service members and their families with a place to relax, cool off and enjoy race day snacks – as well as an ice-cold Coca-Cola and a welcoming smile from a USO staff member. Race fans were also able to stop by the Fan Zone for a closer look at the Coca-Cola-branded show car, featuring a patriotic paint scheme and iRacing simulators, all while enjoying ice cold samples of Coca-Cola Zero Sugar. 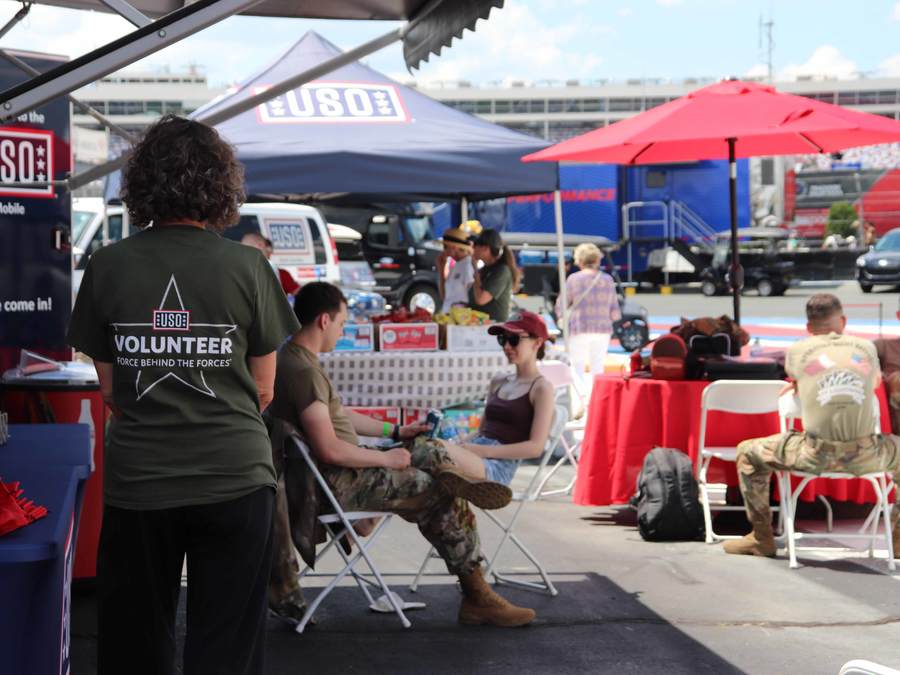 “This is amazing, just being able to get out of the sun and take a break like this,” said Staff Sgt. Brian Gustafson, a Marine recruiter working the Marine Corps Recruiting booth in the Fan Zone. “The USO is literally everywhere.”

This partnership between Coca-Cola and the USO has grown from refreshing military personnel through financial and in-kind product assistance, to supporting the development of programming that will drive continued support for service members and their families for years to come.