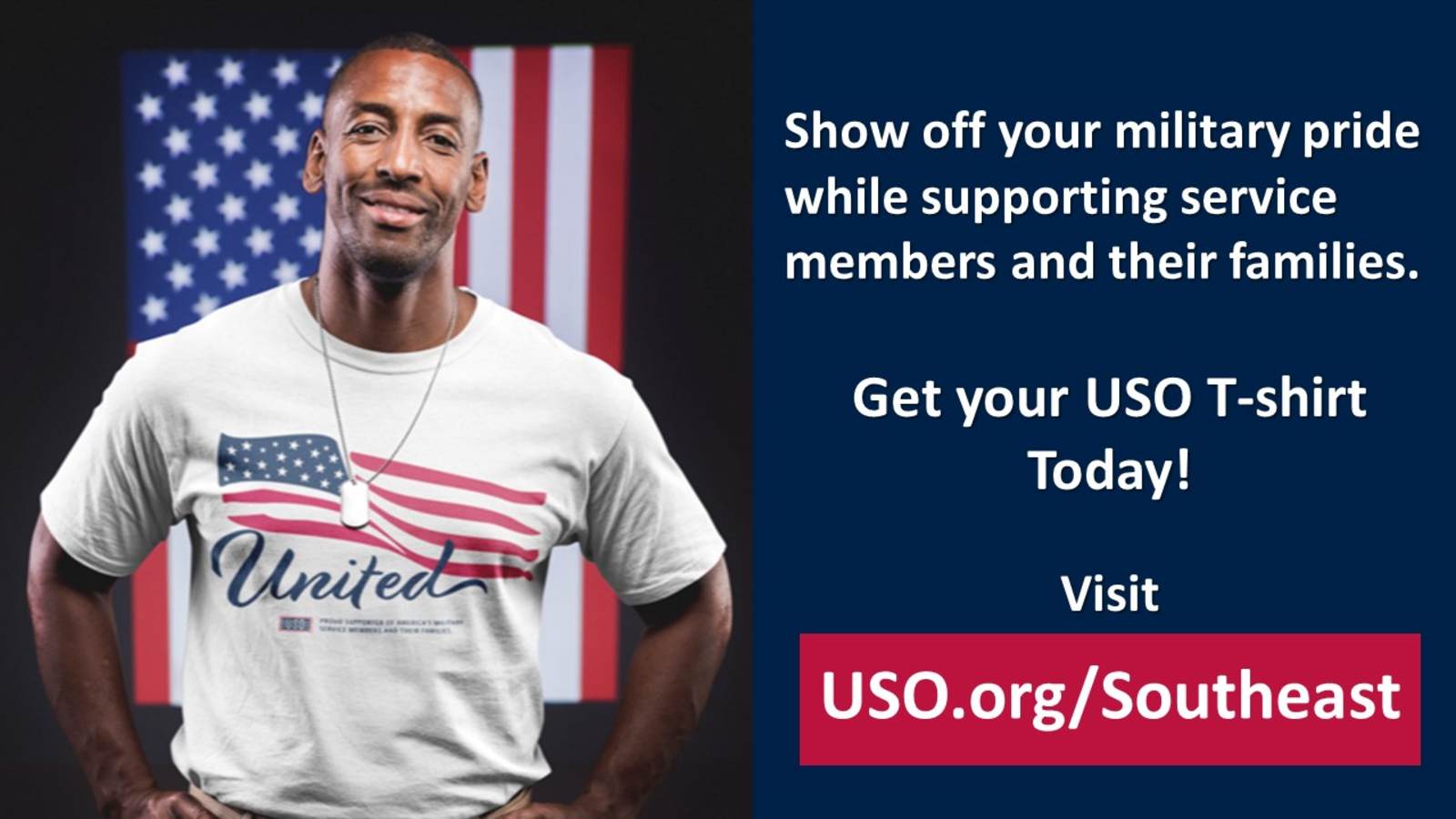 Every day, service members and their families make sacrifices to protect our freedoms. Whether separated from loved ones, training or deployed to remote locations around the world, our Armed Forces deserve to know we have their backs. Americans can do just that through The United Service Organizations’ (USO) 12th annual T-Shirt Campaign.

Between May 21 and July 4, 2022, individuals who donate $29 or more to the USO will receive this year’s T-Shirt, the “Official Uniform of the Military Supporter.”

By donating to the USO and proudly wearing this year’s limited-edition USO T-Shirt, Americans will help ensure a service member on the front lines can call home, a military spouse can find a job, or a military child can celebrate holiday traditions even when their family is stationed overseas, far from home.

To donate and receive a T-Shirt, visit USO.org/Southeast.

“Just as our Armed Forces stand together to protect our freedoms, we must join forces to recognize the selflessness and bravery of our service members,” said USO Chief Development and Marketing Officer, Brian Cowart. “Wearing the 2022 USO T-Shirt is a way to let the military community know we have their back and that we are there for service members and their families during every step of their journey.”

The 2022 USO T-Shirt features the word “United” nestled below a waving American flag. In times like these, it’s important to remember what unites us. While service members present a united front against America’s enemies, military supporters stand united in their appreciation for our heroes in uniform and proudly wear the “Official Uniform of the Military Supporter.”

Without military supporters, the USO – America’s premier military support nonprofit – cannot carry out its crucial mission of supporting America’s service members and military families. USO programs in 23 countries and more than 275 locations reached almost five million members of the military community in 2021 alone. By donating to receive this year’s USO T-Shirt, Americans help the USO continue delivering comfort, care and connection to millions of service members around the world.