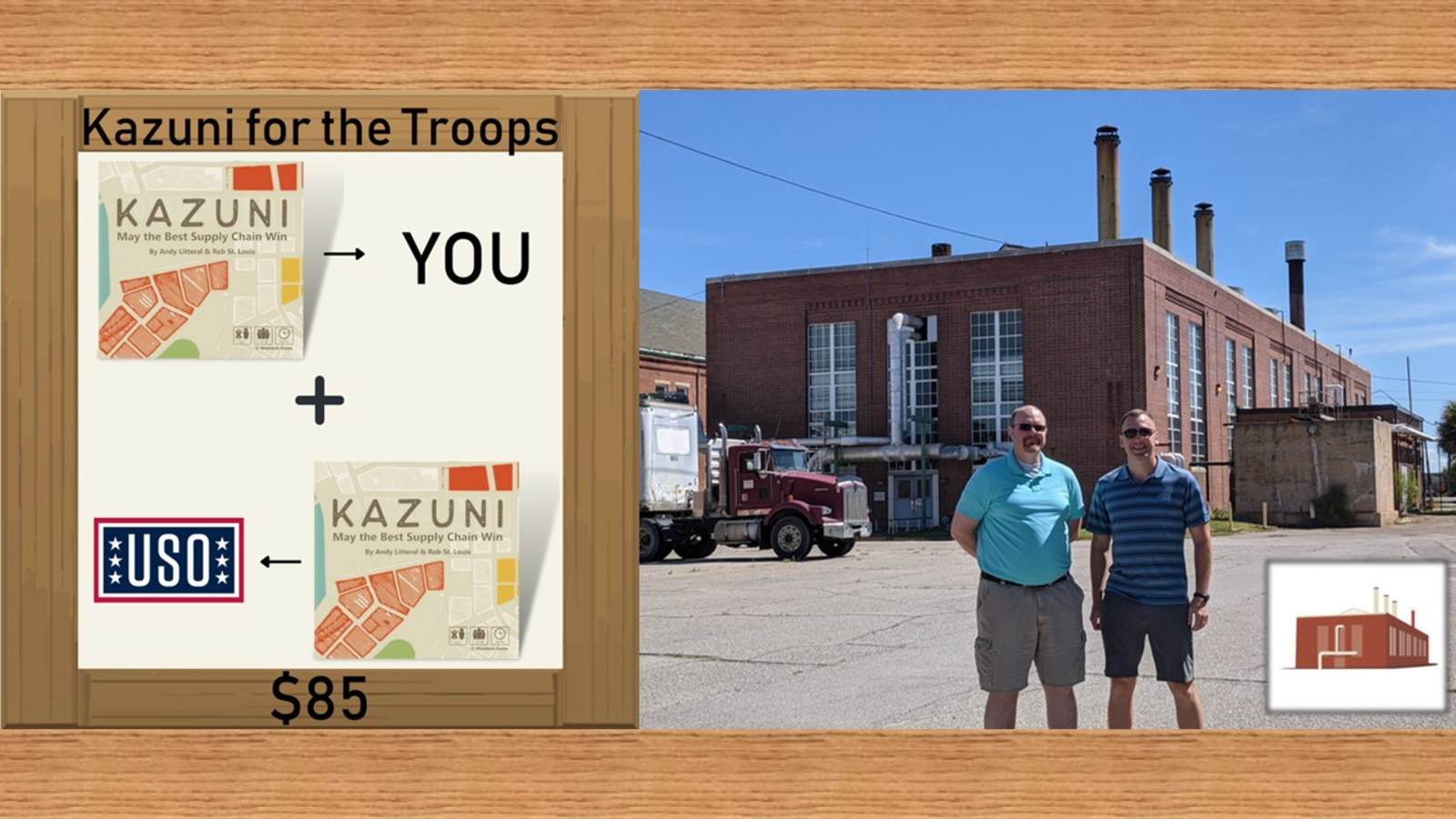 From the moment they join, through their assignments and deployments, and as they transition back to their communities, the USO is always by the side of our service members, keeping them connected to family, home and country, throughout their service to the nation.

For Andy Litteral, an active duty U.S. Navy Captain who has deployed numerous times throughout his 22 years of service, he stayed connected with his family – thanks to the USO, and he is giving back to the USO by donating copies of his unique game called ‘Kazuni,’ that he developed with his brother-in-law for families to bond closer together while playing.

“The USO was the natural choice for paying back some of the hospitality I have received over the years,” said Litteral. “I enjoyed the games they had in their USO centers on deployment, and I wanted a chance to make more games available to the troops.” 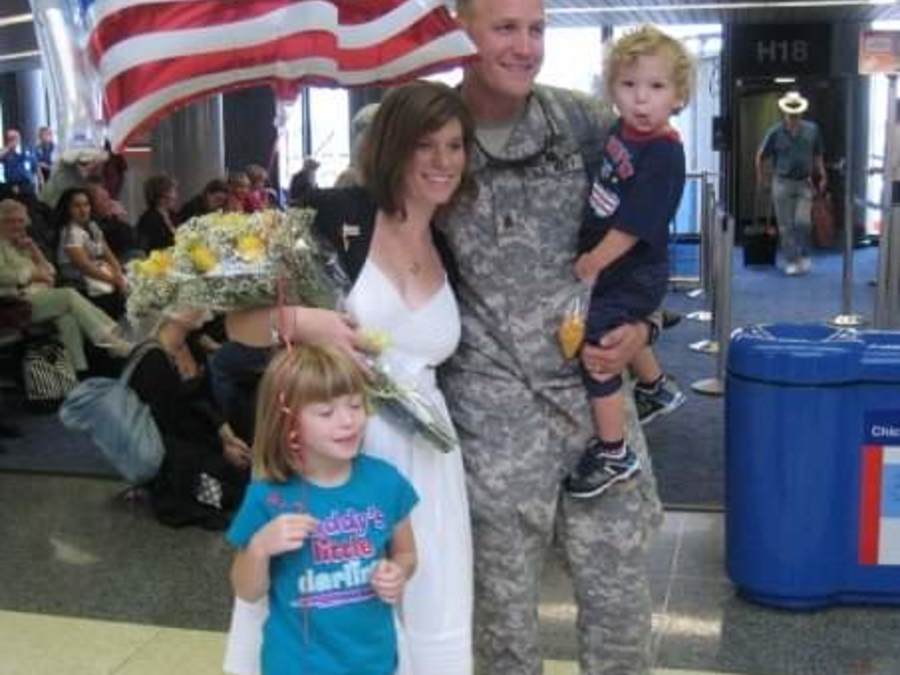 Andy Litteral and his family after he returned from a deployment and was welcomed by the USO.

Kazuni is a 2-4 player strategy board game that brings all the strategy of building and maintaining supply chains to life in a way that is fun and refreshing.

Themed during the peak of the industrial revolution, Kazuni positions each player as a mogul of industry trying to become the first to supply a city and earn a winner-takes-all contract as the sole supplier. To accomplish this, each player must build factories, manufacture crates of supplies, build a supply chain, and overcome the challenges of unknown terrain and the attacks of their opponents.

From frequent moves that requires packing up all your belongings and moving them across the country or globe, arranging childcare drop off and pick up, or a trip to the local grocery store, to orchestrating a major miliary campaign, logistics and supply chain management is critical to the success of any operation.

“Kazuni is a strategy game, and strategy is a natural part of being in the military,” said Litteral. “Kazuni tests a player’s ability to think through all the steps necessary to get supplies from point A to point B, faster than your opponents.”

Understanding firsthand the challenges military service members and their families face throughout their career, and the importance of keeping families connect, Litteral launched a Kickstarter page for Kazuni, to garner support for the development of his game for all to enjoy.

As part of his Kickstarter, Litteral is offering backers an opportunity to purchase and donate a copy of Kazuni to the USO for service members to play at any one of the 250 USO centers across the globe.

“The USO is everywhere we are and they are especially where we need them to be,” said Litteral. “Snacks, movies, games, and a place to relax are very simple pleasures that mean a lot when you don’t have them. This is just one small way I can give back to an organization that has been there for me throughout my years of service.”

If you are looking for a great game that encourages you to think outside the box and explore solutions from many different angles then Kazuni is the game for you. To learn more visit playkazuni.com.