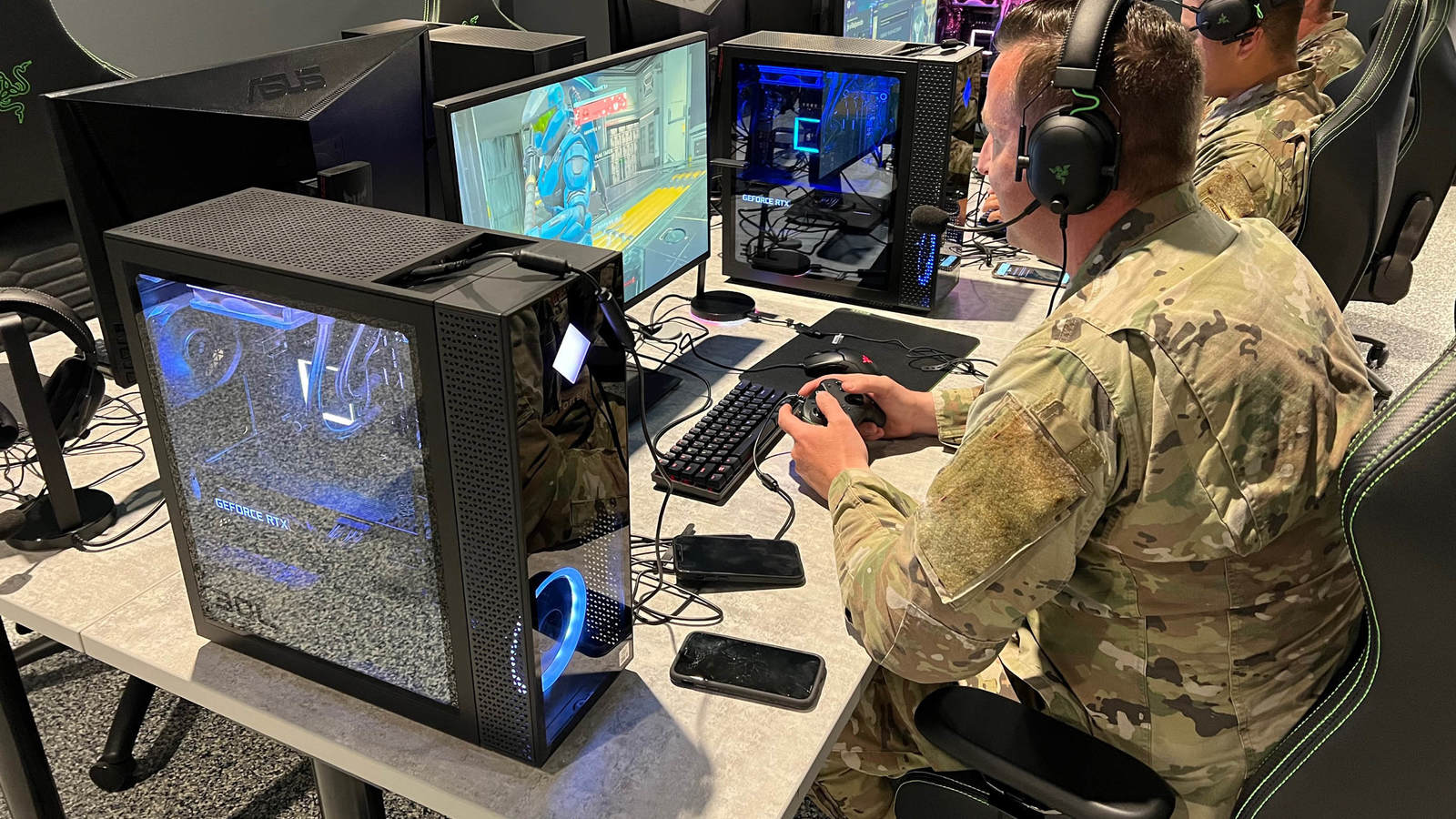 When a service member picks up a gaming console and settles into a comfortable chair at the local USO center, a video game becomes so much more than “just a game.”

For these troops, gaming is a way to forge bonds with fellow service members, stay connected to loved ones back home or even just a chance to take some time to themselves to relax and recharge.

With about half of military and veteran video gamers playing video games specifically in order to deal with military-related stress, video games and the supportive environment they create can have an immensely positive effect on our nation’s Armed Forces.

That is why USO Gaming is so much more than a form of entertainment for the military – it has become a crucial resource in boosting morale and wellness among troops.

Members of the U.S. Armed Forces and their families will have a new USO center to use to recharge and reconnect as the USO opens the newest state-of-the-art USO Gaming Center at Eglin Air Force Base (AFB) in Northwest Florida.

The establishment of the new USO Gaming center was carefully coordinated between Eglin AFB leadership and the USO, and will provide the 11,000 active-duty service members and 37,200 military dependents who call Eglin home with a world-class USO gaming experience.

Brig. Gen. Scott A. Cain, commander of the 96th Test Wing, Air Force Materiel Command at Eglin AFB will officiate the ceremony, joined by USO President of the Southeast Region Jim Whaley, and Executive Director of USO Northwest Florida Dana Cervantes. As the interest in gaming continues to grow within the military community, the USO is poised to support. 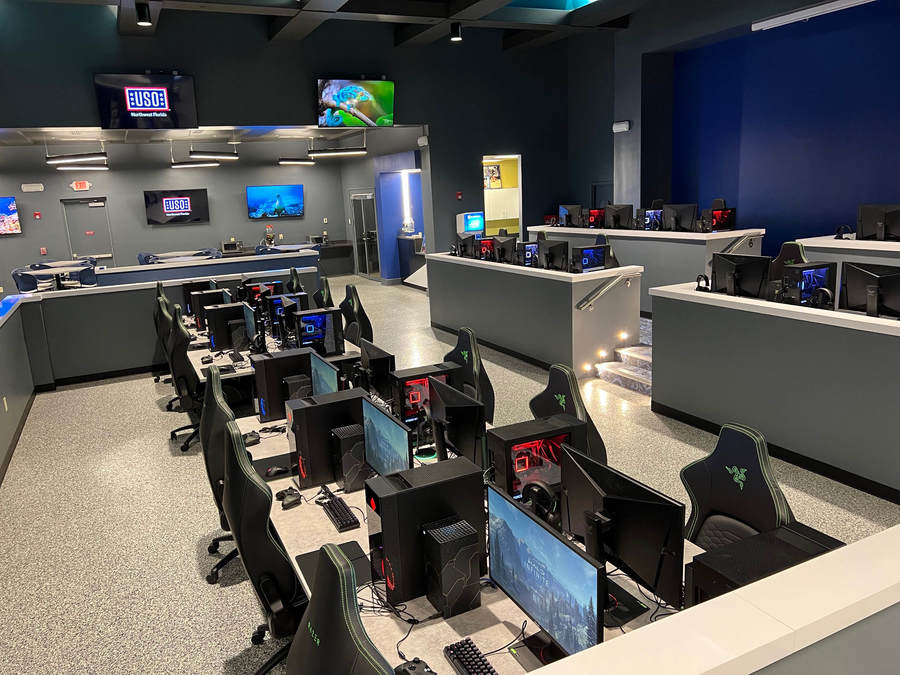 USO Gaming Centers are outfitted with top-of-the-line screens and consoles, designed specifically so that groups of service members can play games – and bond – together. Research conducted by the Department of Veteran Affairs shows that video games can help a service member relieve stress – especially as they decompress after deployment – as well as promote team-building among their fellow service members.

“As we continue our support of service members and their families, we must find new ways to ensure their connection to family, home and country stays strong and relevant to them, and our new state-of-the-art USO Gaming center here at Eglin Air Force Base does just that,” said Cervantes.

By constructing gaming centers across the U.S., as well as creating dedicated spaces at USO centers and sending gaming units overseas to remote locations, the USO serves as a place for service members and their families to unwind and connect – as well as participate in USO Gaming events.

These USO Gaming Tournaments allow service members to build relationships with other gamers, but are especially helpful in keeping them in touch with friends and family. Most importantly, it allows them to remain connected to life beyond the military, all of which helps ease the isolation that many service members face on deployment or at remote duty stations.

“It is really great that there is a place to go and relax, hang out, and hop online to play Fortnite with my little brother back home,” said Airman 1st Class Robert Alvarez, who is currently stationed at Eglin AFB. 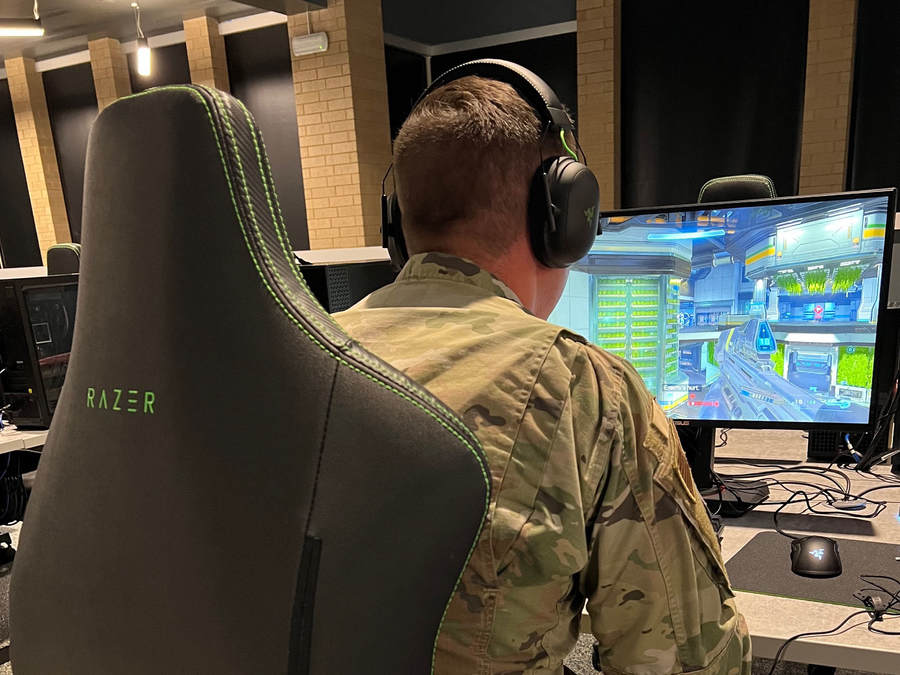 “I am also looking forward to joining in on some of the gaming tournaments and other activities at the USO. My fellow Airmen and I really appreciate that everything at the USO is free for us too.“

The USO Eglin AFB Gaming Center is the largest USO Gaming center in the world. As is the case with all of the USO’s work on behalf of our nation’s military, projects such as these are largely made possible thanks to the support of our donors. In this case, primary funding for the construction of the center was made possible through a generous gift from the Cornelia T. Bailey Foundation. Operational costs for the first year were also made possible in part by their gift, and that of The Armed Forces Family Foundation, which has been a significant partner and source of support for numerous construction and renovation projects at USO centers in the southeast.

“The generous support of our donors and partners make the USO mission delivery possible,” said Whaley. “Without it, we could not provide the quality programs and amenities we make available for our service members and their families each day here in the U.S. and around the globe. Our centers and program delivery are a direct expression of America’s gratitude to those who serve our country.” 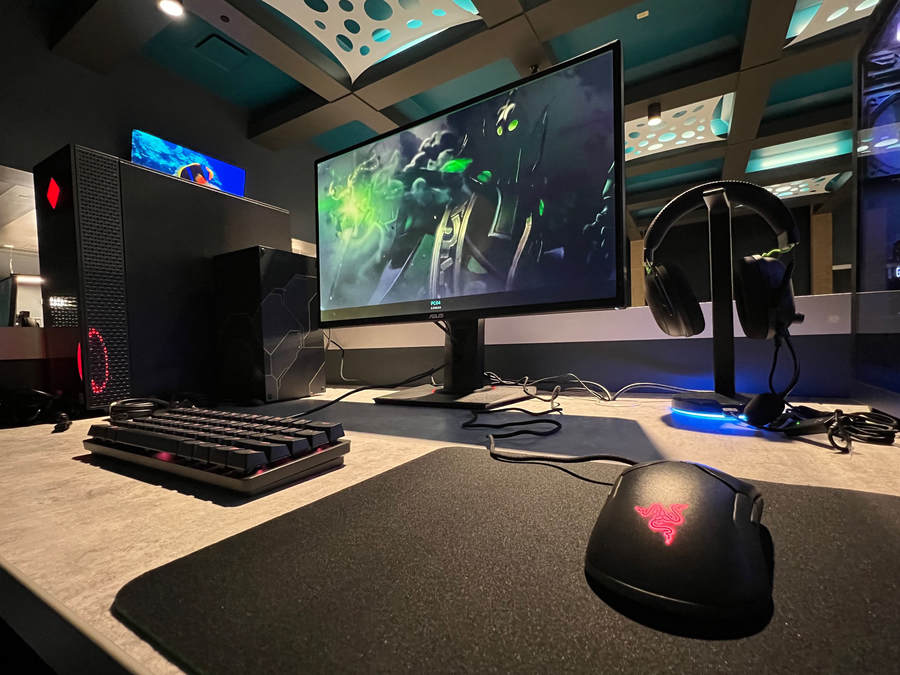 Service members and their families will also sit comfortably in any one of the Razer™ Iskur ergonomic gaming chairs designed for posture-perfect, hardcore gaming. Each station also includes computer mice, mats, keyboards, headsets, headset stands, and other gaming equipment and peripherals all donated by Razer™.

Also scheduled to attend the grand opening is renowned streamer and USO Gaming ambassador TacticalGramma whose father and grandfather served in the armed forces.

"Both my father and grandfather proudly served in the United States military. The freedoms we enjoy today weren’t free, they came at a great cost, and will always be preserved by those who sacrifice much,” said TacticalGramma. “I consider it an honor to be partnered with the USO and I’m grateful to share in their mission to support our troops and their families.”

For many of our service members, the escapism of video games can allow them to forget – just for a moment – the stress and responsibility of their daily missions.

In the midst of life on the front lines, America’s support of the USO allows USO Gaming to help provide our military with a moment of normalcy and a brief respite from the pressure of their service to this nation.