Bringing the Big Game to the Troops: USO Centers Throughout the World, U.S. Southeast Prep for Super Bowl LVI Festivities 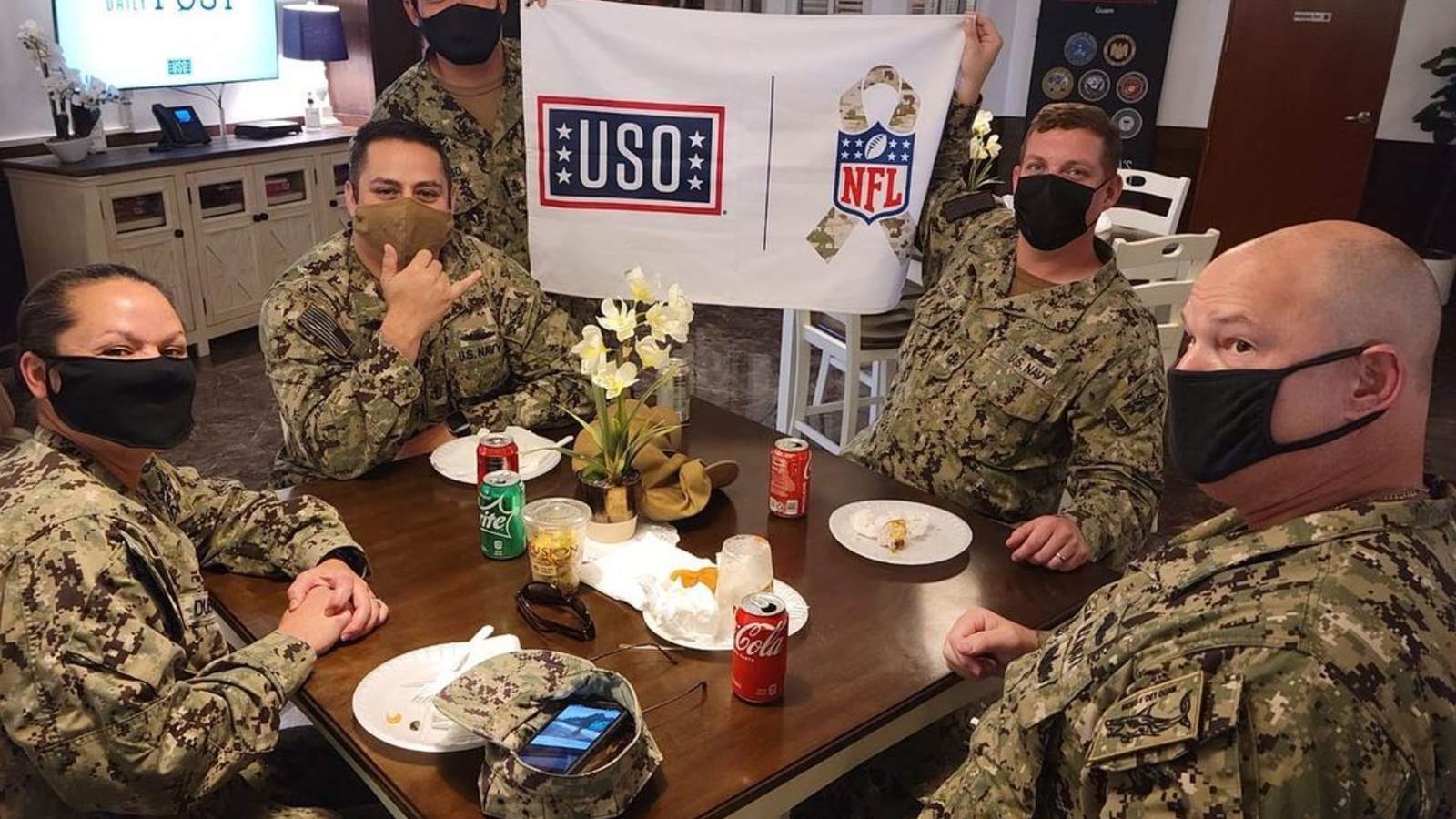 As millions of NFL fans tune in to watch Super Bowl LVI held in Los Angeles, California, this Sunday – troops at home and overseas will head to their local USO centers to catch the big game.

Service members and their families can always look to their local USO center as their “home away from home,” or “home living room,” turning to the USO for support and connection to home and to each other throughout the duration of their service.

In honor of Super Bowl LVI, here’s a roundup of some of the Super Bowl festivities taking place at USO centers throughout the U.S. Southeast in celebration of this Sunday’s big game. 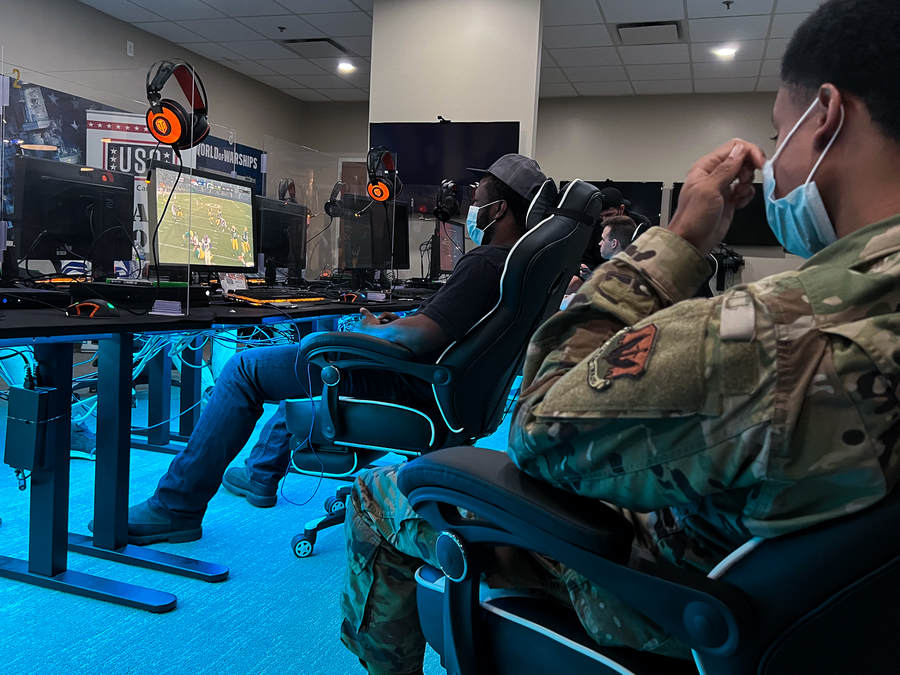 “I think events like this are really cool. I’m not a dorm guy myself, but I am a crew chief, and I think there’s one other crew chief here, so it’s nice that other people from other shops can kind of hang out and mingle, talk, (and) just communicate,” said airman Deric Lewis.

The gaming tournament was open to all military service members and their families, who competed on the digital gridiron for a chance to win prizes such as NFL gear, gift cards, and gaming equipment.

USO Fort Campbell is hosting a Super Bowl watch party with all the game day favorites, including buffalo and chicken wings, chips and other snacks service members enjoy the game on one of many TVs airing the game. The center is also hosting trivia games and Super Bowl commercial bingo for a chance to win small prizes.

At McCrady Training Center in Eastover, S.C., USO South Carolina is hosting its 10th Annual Super Bowl Party for deploying Sailors. The day will begin with connecting the deploying sailors with their families through the Bob Hope Legacy Reading Program and will end the day by connecting them with home and country through a Super Bowl watch party. 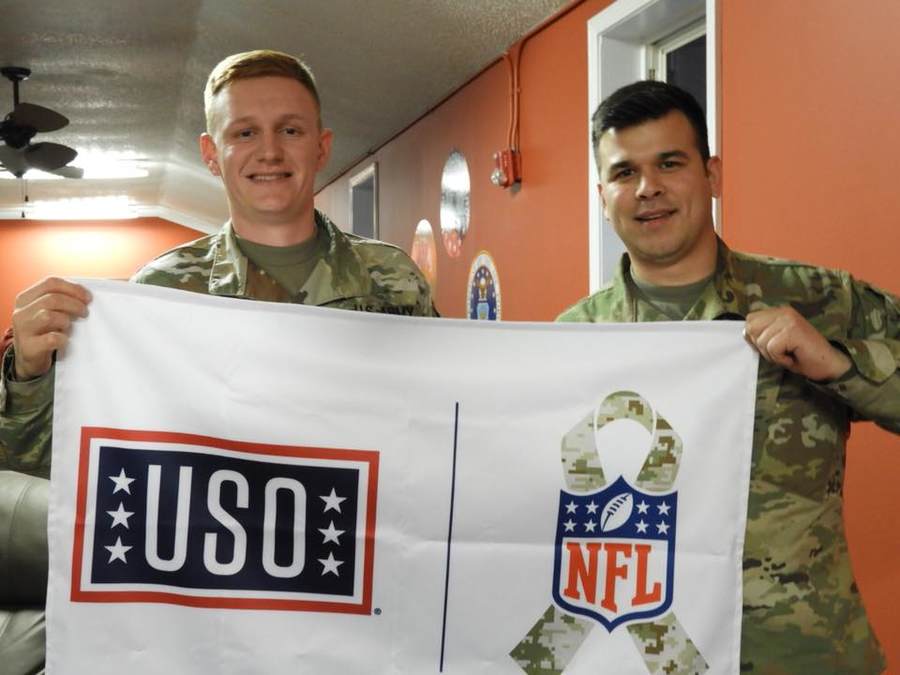 “We’re so excited to be hosting our 10th annual Super Bowl party here at McCrady for Sailors,” said Joanie Thresher, Executive Director, USO South Carolina. “Thanks to our community partners and USO volunteers, these sailors have a fun place to connect with their shipmates and watch the game.”

On the menu are game day favorites of loaded nachos, egg rolls and a variety of desserts. At halftime USO South Carolina will replenish everyone in attendance with snack bags filled with popcorn, peanuts and more game day treats.

Families stationed near Naval Construction Battalion Center in Gulfport, Mississippi enjoyed some fun football-themed goody bags handed out by USO Gulf Coast staff and volunteers as part of their “Spoup’er Bowl Sunday eats,” for service members and their families to enjoy as they watched the Super Bowl in their own homes.

At the Naval Air Station Pensacola USO center, staff and volunteers will be serving chili dogs and other tailgate treats beginning at 11:00am until the kick-off. There will have a table set up where service members can leave their predictions about the outcome of the game and whoever has the closest prediction will get a prize basket.

USO Northwest Florida is also holding a “touchdown dance,” video contest where their Facebook followers can submit a video of their best touchdown dance between February 9th and the 13th and be entered to win a special prize.

USO Fort Stewart will be hosting its annual Super Bowl party, where service members and their families can watch the game on a large theater screen, while enjoying chicken wings, pizza, nachos and their favorite Coca-Cola products and water.

All season long, USO Centers across the world host football watch parties, giving service members a chance to unwind and root for their favorite team.