USO Stands Ready to Support the National Guard as they Mobilize to Provide Aid During Winter Storms throughout the U.S. Southeast 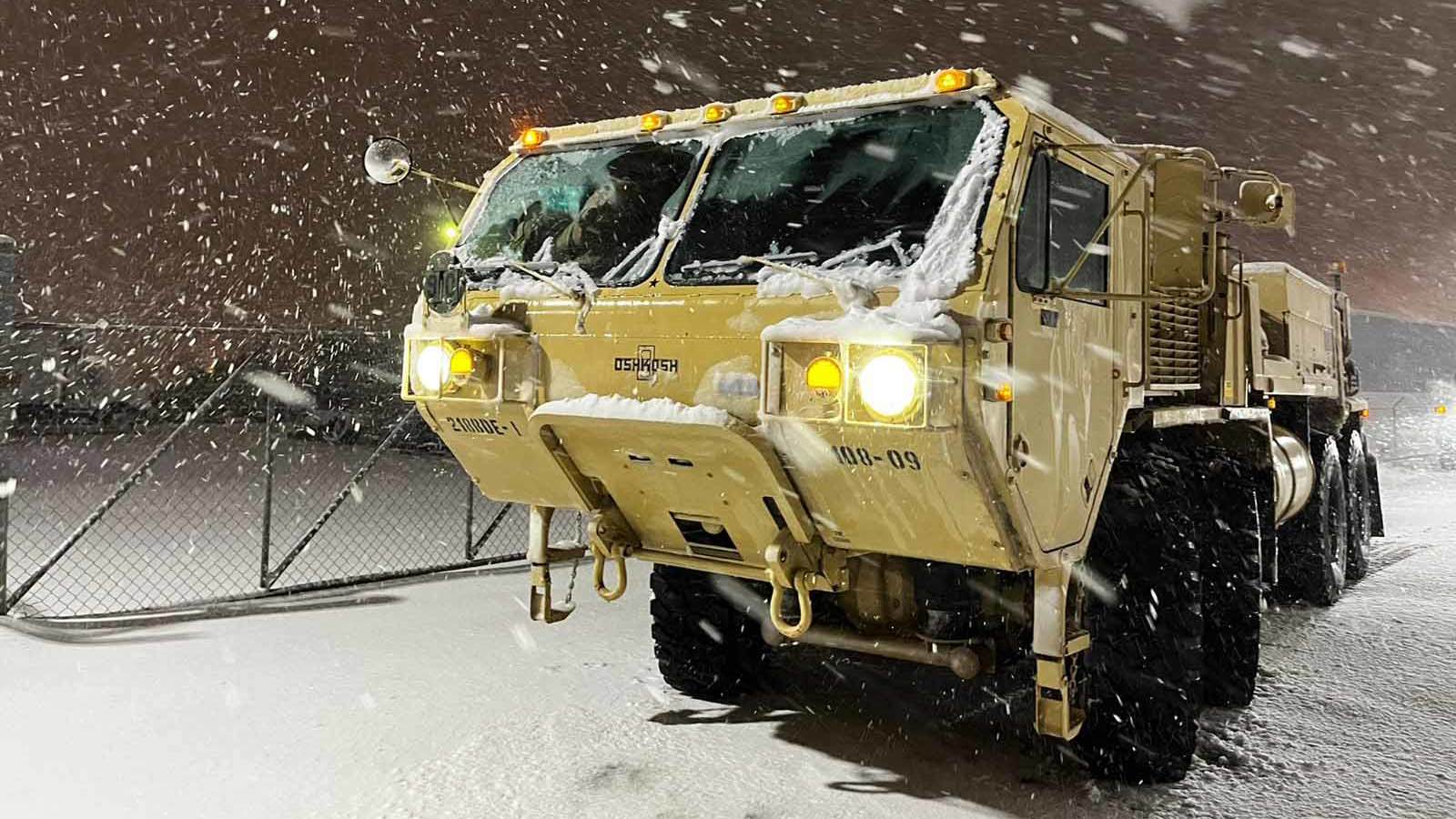 Most people know the USO supports our active duty service members and their families. What you may not know is the USO also supports over 400,000 National Guard members who are serving in places all over the world and in your own hometown.

The National Guard has a unique mission

The only branch with a two-fold mission, the National Guard is tasked with providing trained units for the U.S. to mobilize for missions at home and abroad while additionally providing support for individual U.S. states, territories and the District of Columbia.

Since early 2020 our USO centers across the Southeast, U.S., provided over 2,000 cases of water, and thousands of snack items and prepared meals to National Guard units throughout the region. The USO’s support provides the National Guard with the essential items and creature comforts, aiding them in accomplishing their mission.

Now, they have added a new mission this winter: provide aid during winter storms.

As your neighbors mobilize to provide support during the winter storms as part of the National Guard, the USO stands ready to support them as they take on this extremely important mission in safeguarding the American public. 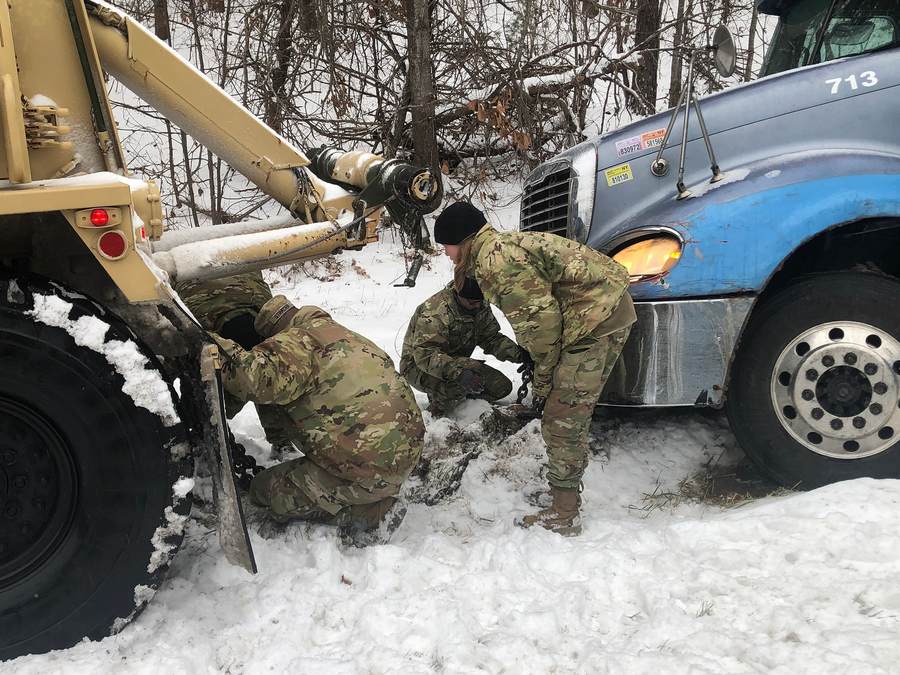 In a news release shared Jan. 21, North Carolina, Gov. Roy Cooper mobilized the North Carolina National Guard to help his state ahead of a second winter storm expected to move through the state this week.

“Roads will become more dangerous and power outages are still expected tonight in southeastern counties,” said Cooper. “If you can, stay put and off the roads as that’s the best way to stay safe.” 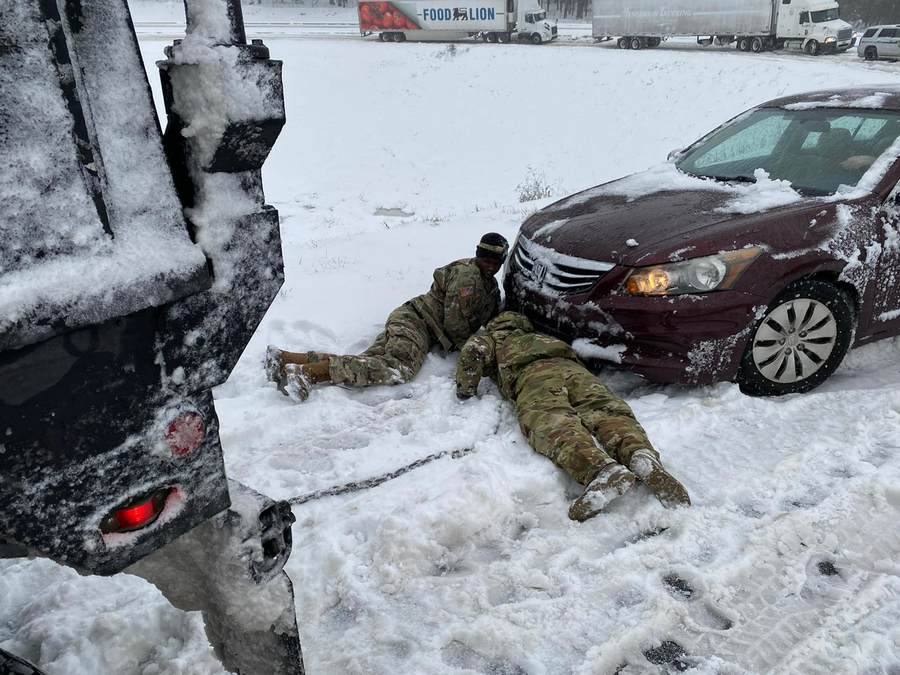 U.S. Army National Guard Soldiers with Company I, 237th Support Battalion, South Carolina National Guard, assist stranded motorists in the Upstate region of South Carolina, Jan. 16, 2022, as part of a vehicle recovery team activated in support of winter weather response efforts. The Soldiers were called in to support vehicle recovery teams to help keep roadways clear to ensure the mobility of state agencies and first responders working to respond to the needs of the citizens. Courtesy photo provided by Company I, 237th Support Battalion

Following the declaration of the State of Emergency by South Carolina Gov. Henry McMaster, Jan. 19, the South Carolina National Guard was activated to begin preparations for the weather response. 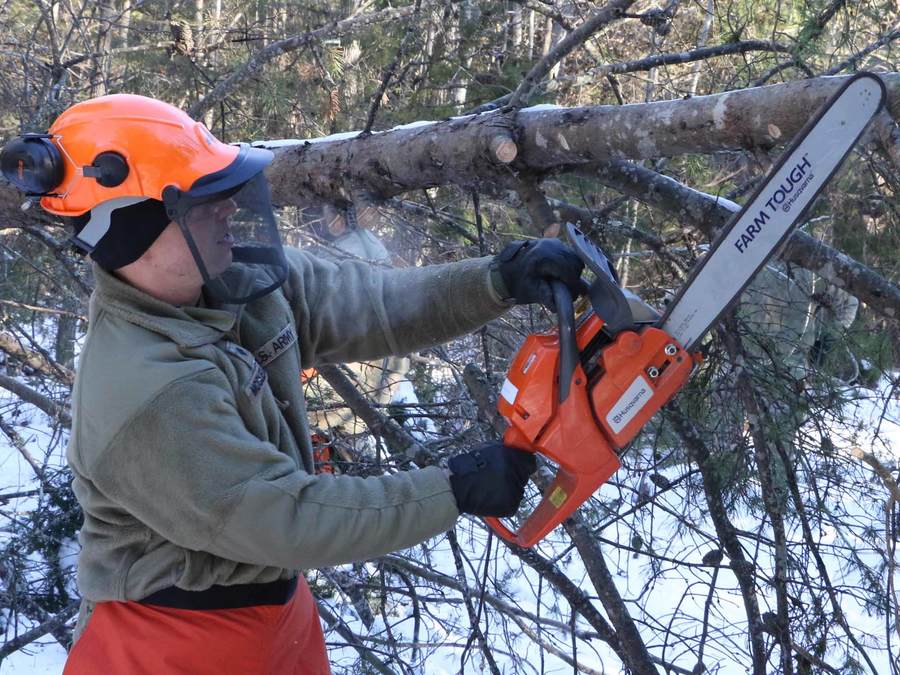 The Virginia National Guard recently alerted personnel for possible winter storm response operations and planed to stage approximately 45 Soldiers and Airmen Jan. 21, in key locations along the southern I-95 corridor and Hampton Roads and Eastern Shore areas. All personnel are expected to be ready for missions by late Friday afternoon.

“For the third time in two weeks, the Virginia National Guard is staging personnel to be ready in case they are needed to help state and local authorities respond to possible severe winter weather,” explained Brig. Gen. James W. Ring, the VNG Director of the Joint Staff. “The key to a rapid response is giving the advance notice to our units so that they can be in place before the bad weather makes travel more challenging.

To support the USO’s mission of strengthening America’s military service members by keeping them connected to family, home, and country throughout their service to the nation, please visit USO.org