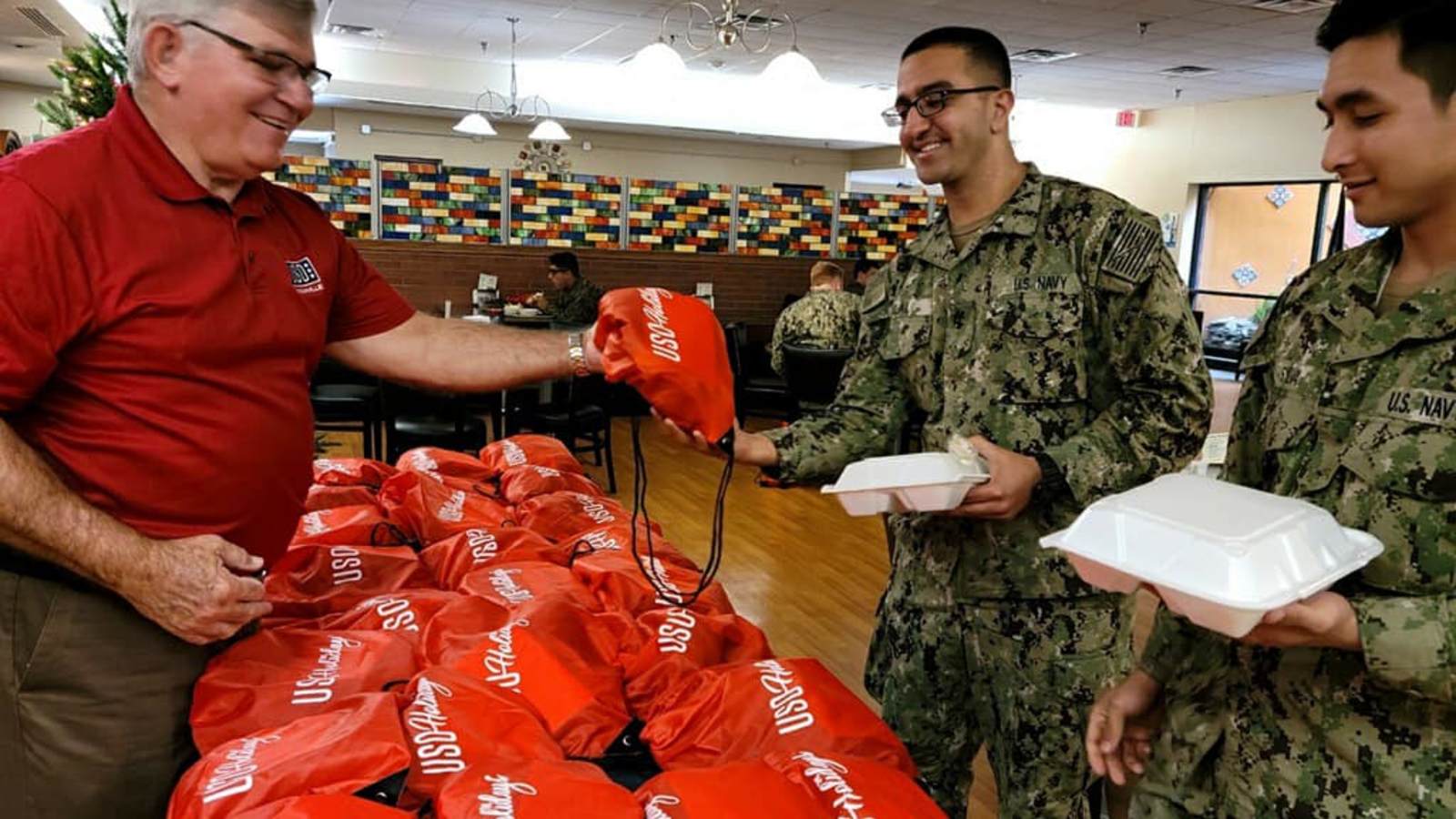 Each year thousands of service members travel home for the holidays; however, there are just as many who remain behind at military installations due to assigned duties, personal circumstances or other reasons.

It can be hard for these dedicated service members to stay behind and continue answering the call to serve during this time of year, which is why the USO makes a special point to host festive events and meals to make them feel at home.

Delivering Holiday Cheer for Service Members Throughout the Southeastern U.S.

Here’s a look at just some of the festivities that took place this year:

Over 150 military families stationed at Camp Shelby, and Naval Construction Battalion Center in Mississippi enjoyed making holiday cookies, and a USO Toyland event, with special a visit from Santa’s elves, and the sugar plum fairy.

Meanwhile, young sailors and Marines in the barracks to include military families stationed at Naval Air Station Pensacola, Fla., enjoyed a holiday weekend baking cookies, making chicken and dumplings, and playing a mean game pool and taking pictures with Santa at their local USO.

USO Central Florida delivered more than 1,700 gifts to over 800 military children in the local area as part of their annual Operation Stuff a Stocking. 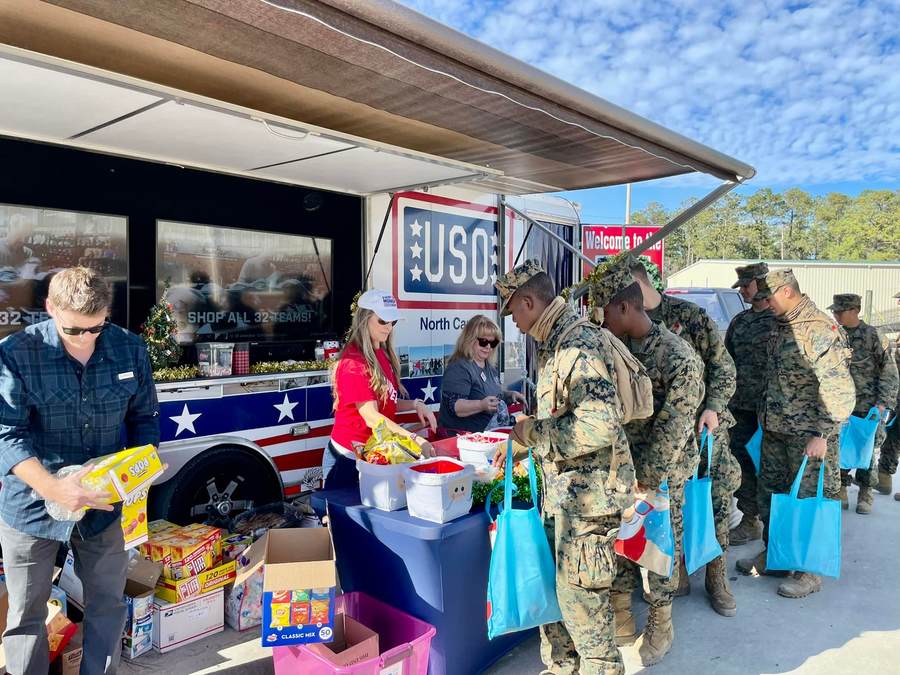 Soldiers and their families at Fort Benning and Fort Stewart, Ga., received USO Holiday bags filled with snacks and other items to include a hot meal, brightening their holidays.

At Fort Campbell, military families received holiday gifts for their children, to ensure they had a joyous holiday season.

The USO – with the help of volunteers, donors and partners – strengthens our military service members by keeping them connected to family, home and country, especially during the holiday season. Although our service members may be away from home for the holidays, the USO brings a little of home to them.