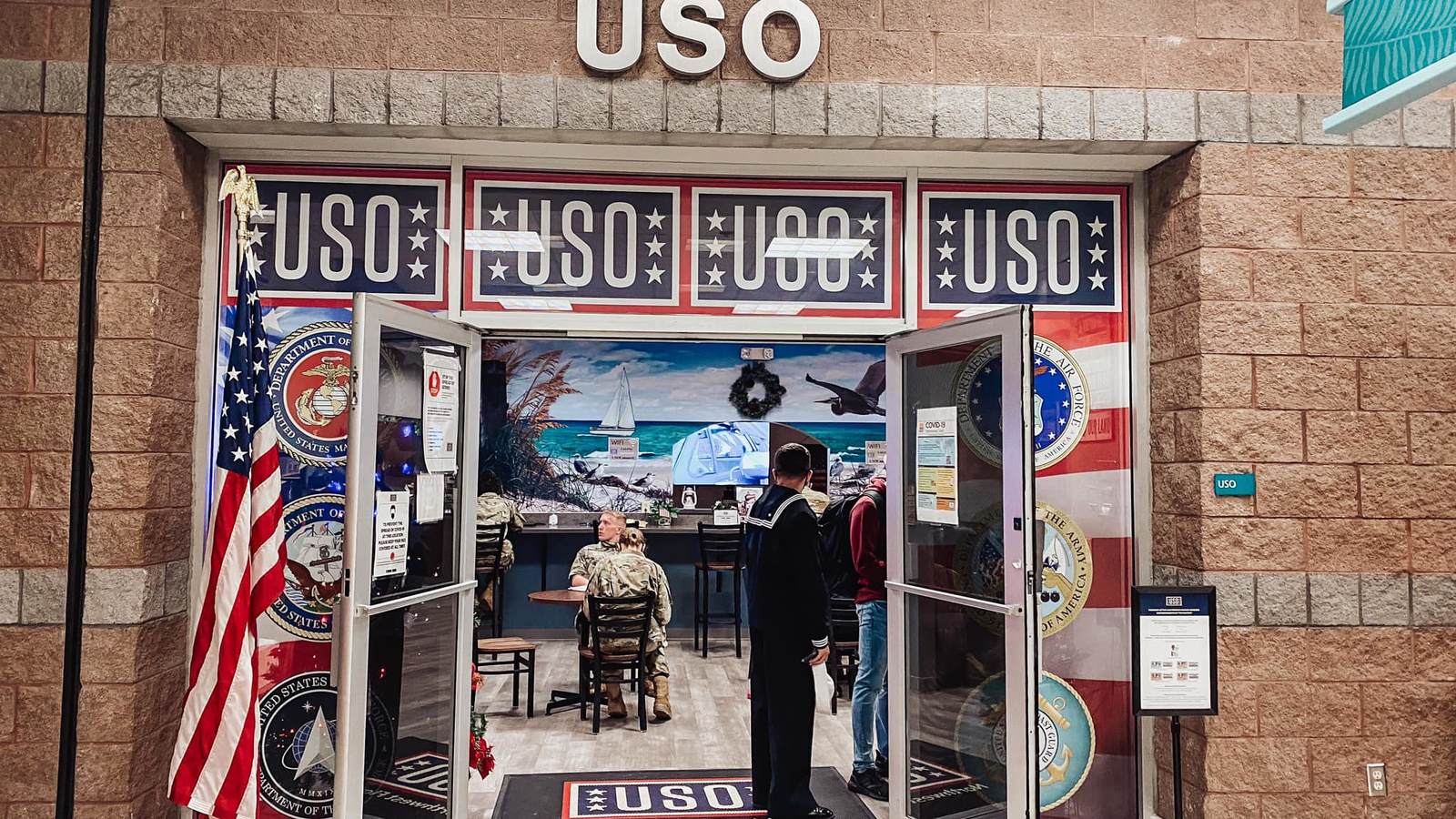 The strain of traveling can take its toll on anyone, especially during the holidays. In addition to the daily stresses and duties of life in the military, many service members traveling home for the holidays were recently left stranded at Pensacola International Airport due to canceled flights.

For dozens of service members headed home for the holidays, they recently learned first-hand how the USO is always ready to lend a helping hand.

Between Dec. 17-20, the USO provided respite and an overnight stay for over 40 service members who slept on cots, and any comfortable surface they could find as they patiently waited for their flights.

“Each year we accommodate hundreds of service members traveling through our USO center as they head home for the holidays, and often their flights get canceled or delayed,” said USO Pensacola International Airport Center Operations Supervisor, Nicole Boonmast.

These young service members who are just starting out in their military don’t have a lot of money or resources to pay for a hotel room, so their options are very limited if their flights are canceled and they need a place to stay for the night.

Seaman recruit John Nunn, 20, of St. Louis, who joined the Navy this past September, was one of the service members who slept at the USO over the weekend and again on Monday night.

“Some people got stuck here because of flight issues like canceled flights and stuff and delayed flights,” Nunn said Monday during a media interview. “I was supposed to be on a flight today (Monday), but they ended up changing my airline, and then, my flight time, too.”

Fortunately for Nunn and dozens of other stranded service members, the USO center, outfitted with TVs, comfortable recliner chairs, cots, snacks, food and drinks, served as a refuge for these service members when their flights were canceled.

“Our USO center was packed, every couch and chair was occupied,” said Boonmast. “We even planned ahead this year and the airport let us use the conference room next door where we set up cots to accommodate traveling service members in case they were stranded, and that was full too.” 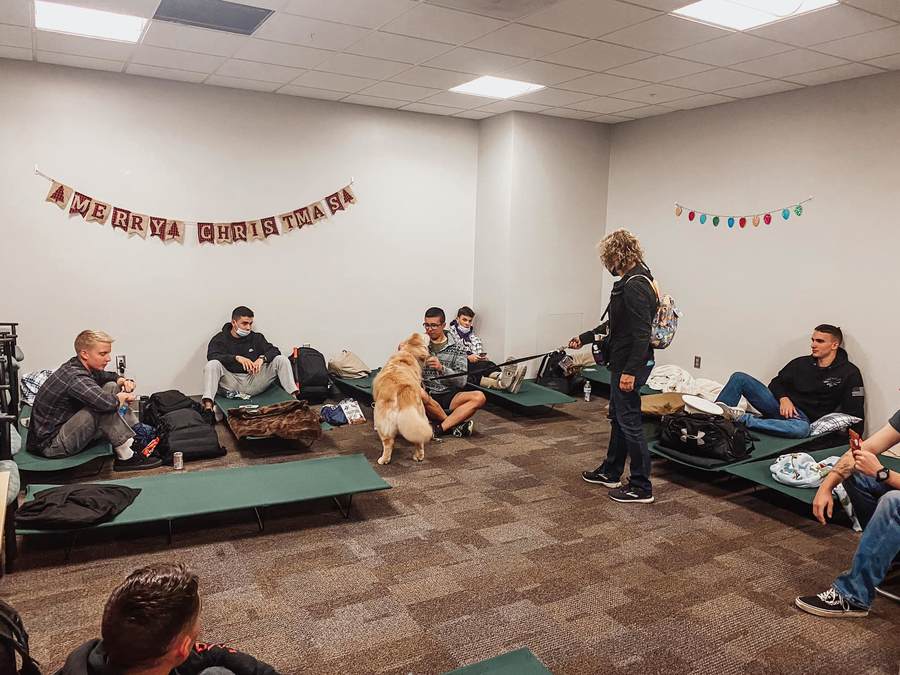 In preparation for the holiday travelers, the USO at the Pensacola International Airport also extended their hours to remain open 24-hours through Dec. 23 so service members could escape from the hustle and bustle of the main terminal and gates, as well as have a safe place to sleep overnight.

The response from the service members was one of gratitude and relief in a moment of uncertainty and confusion.

“Thank you so much, this makes me feel that much closer to home,” said one of the stranded service members.

“The USO will always be a place to help in times of need, as well as just a place to go to sit and relax. The USO is a constant that service members and their families can always count on for assistance,” said Boonmast.