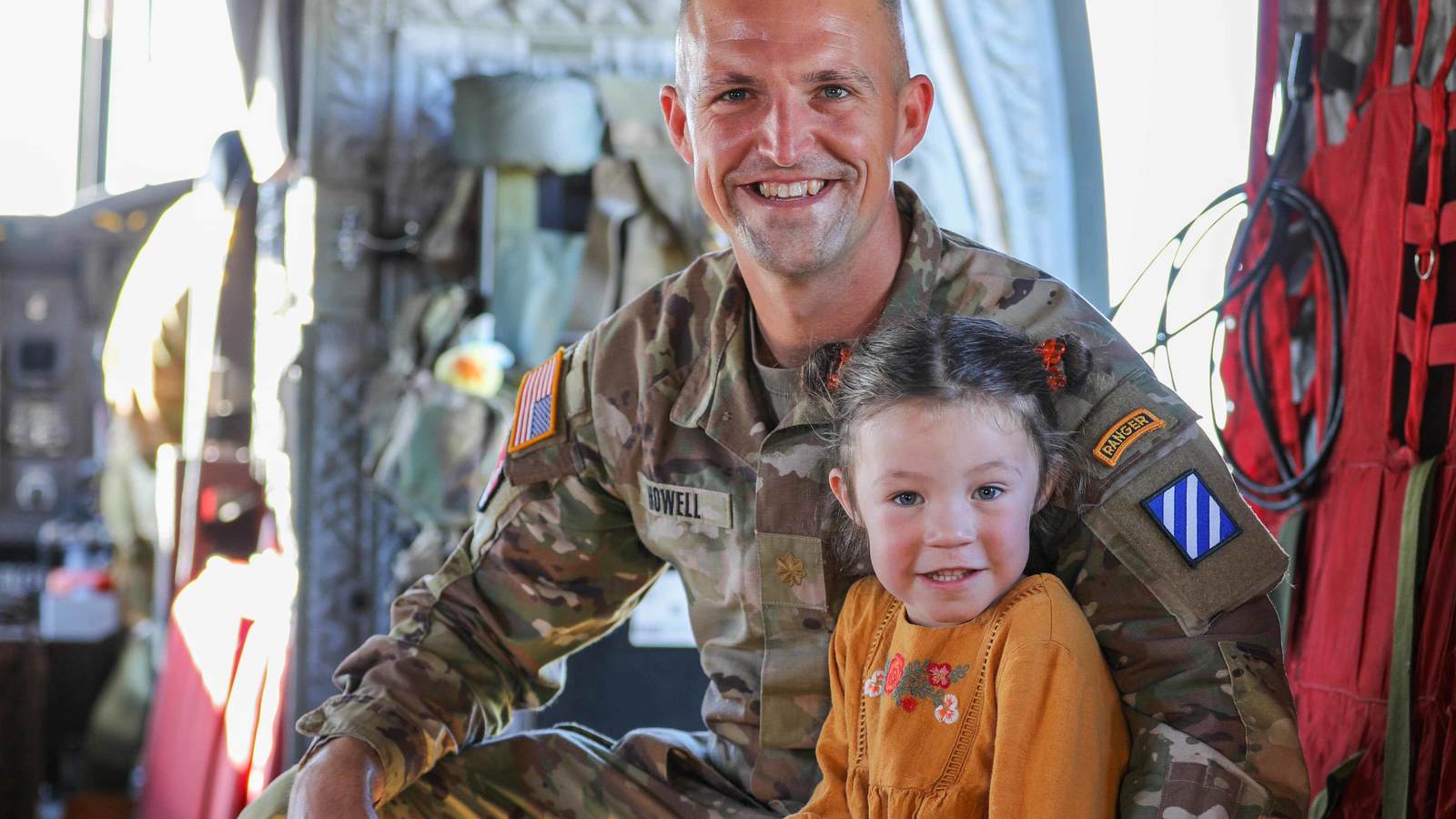 For many of the 3rd Infantry Division soldiers and their families on Fort Stewart and Hunter Army Airfield, Marne Week is the most anticipated week of the year.

Marne week is a week-long celebration and competition designed to display the fighting spirit, tenacity and Warrior Ethos of the 3rd Infantry Division (ID) and brings together currently serving 3rd ID soldiers, veterans, family members and the local community to celebrate the division’s legacy.

Headquartered at Fort Stewart, 3rd ID was activated at Camp Greene, North Carolina, on Nov. 21, 1917, and most recently Nov. 21 has been declared 3rd Infantry Division Day by the governor of the state Georgia, Governor Brian Kemp.

During World War I, as a member of the American Expeditionary Force to Europe, the division found itself on the Marne River in France, fighting the Germans. The battle was anything but easy, but they persevered. The division’s soldiers set up a defensive position along the Marne River, which helped them beat German offensives, thus earning them the nick name as the “Rock of the Marne,” an allusion to 3rd ID’s resiliency.

The division boasts a storied history of valorous service in WWI, WWII, Korea, the Gulf War, Operation Enduring Freedom, and Operation Iraqi Freedom and its transition to Operation New Dawn. 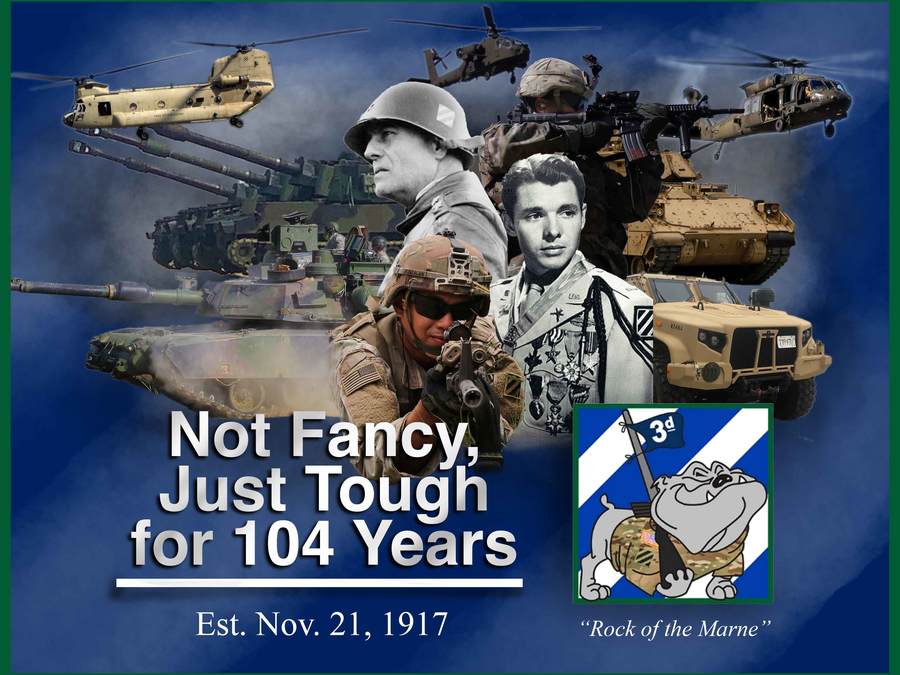 This year marked the 104th anniversary of the 3rd ID, with an expanded list of events for Marne Week back in its traditional November time slot. Events took place Nov. 13-19, 2021, and included family day festivities, musical events, a military ball, and team and individual sports events for units to accrue points to win the coveted Marne Cup.

Competition events are a test of grit and toughness, fostering readiness and esprit de corps, and are a fundamental part of the 3rd ID’s Marne Week celebration.

To enhance the fun and festivities this year, the 3rd ID leadership and planners requested support from USO Fort Stewart/Hunter Army Airfield, who provided a state-of-the-art gaming center and hosted a Family Day and Gaming Night for over 3,000 service members and their families.

“This week was an amazing opportunity for our local military community to rediscover the USO, and the support that we provide to our service members and their families here at Fort Stewart,” Courtney Due, Operations and Program Manager for USO Fort Stewart/Hunter Army Field, said. “We fulfilled a lot of last-minute support requests, and it felt good to hear the soldiers we supported come back to us and say ‘the USO is amazing,’ for the support we provided.”

One of the unique programs USO Fort Stewart provided this year as part of the Marne week competition was a “Halo 3” USO Gaming tournament held Nov. 17 and 18, at the USO center, where soldiers paired up in two-person teams and went head-to-head with other teams in a showdown to win first place. 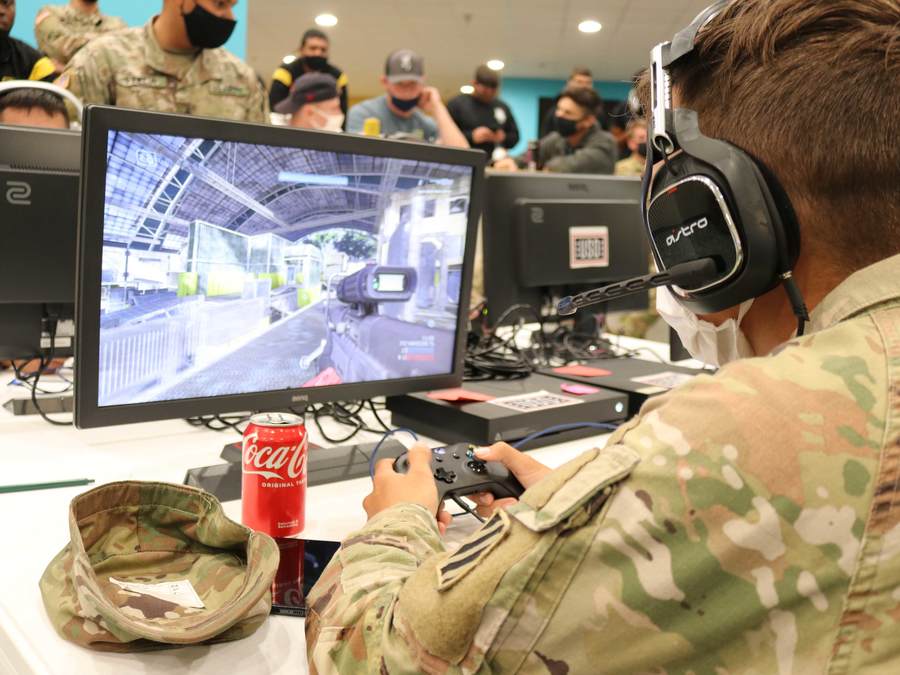 Participating in the tournament was Spc. Sean Weller who has been playing “Halo 3,” since he was a young child and was excited to compete against his peers as part of Marne week this year.

“I’ve been playing Halo 3 since I was probably six years old. The tournament was a great bonding experience with all the different units in a friendly competition,” Weller said. “I feel that gaming is a big stress release for a lot of soldiers, and it’s a great outlet for the ones that are not necessarily into actual physical sports.”

USO Gaming tournaments like these are easily accessible, with in-person and virtual options available for service members to compete in, with a chance to win prizes and bragging rights, all while having fun and boosting their morale.

“It’s just about having fun, that’s the most important aspect to it,” Weller said. “Whether you win or you lose, at least you got to meet some new people and have a good time.”

Also, as part of Marne week USO Fort Stewart/HAAF participated in the Family Day events where they cooked over 1,000 hamburgers and hot dogs to 3rd ID soldiers and their families who enjoyed the festivities during the family day event held outdoors at Cottrell Field. 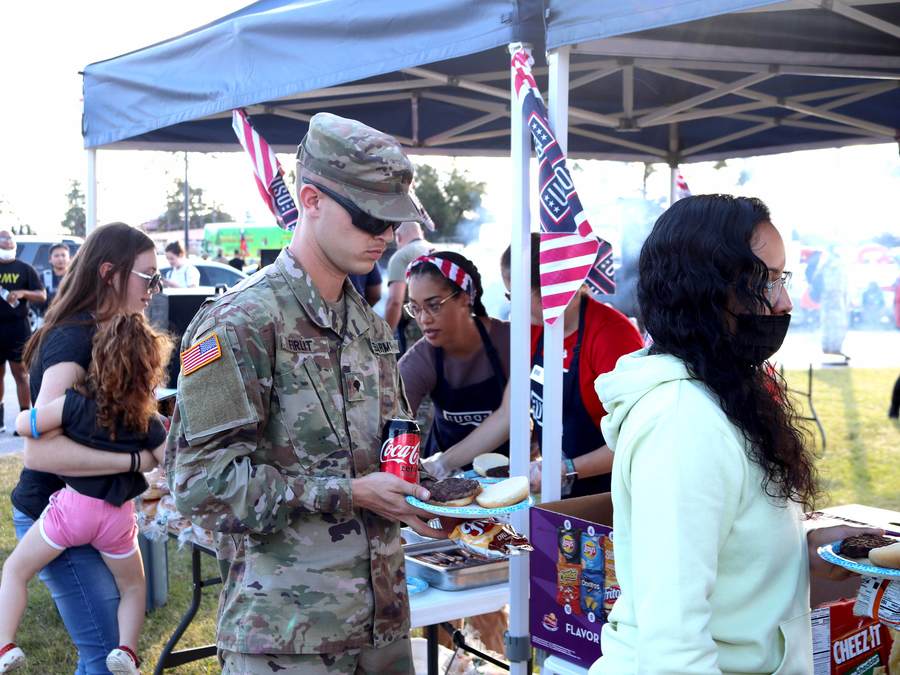 When asked if his family was surprised to see the USO supporting Marne week and participate in family day, Sgt. Dakota Cahoon, was not surprised at all.

“I wasn’t surprised, but my family and I were relieved to see the USO at family day as we didn’t know if there was going to food here,” Cahcon said with a smile as he took the last bite of his hamburger.

Later in the evening, service members met back at the USO center to compete in a spades and dominos tournaments, while some military spouses enjoyed a friendly game of bunko. During the evening everyone enjoyed cold refreshments and a variety of snacks, provide by the USO.

The following day, all the scores from the previous day’s events were tallied up, with 2nd Armored Brigade Combat Team winning the most competitive events, taking home the coveted Marne Cup. 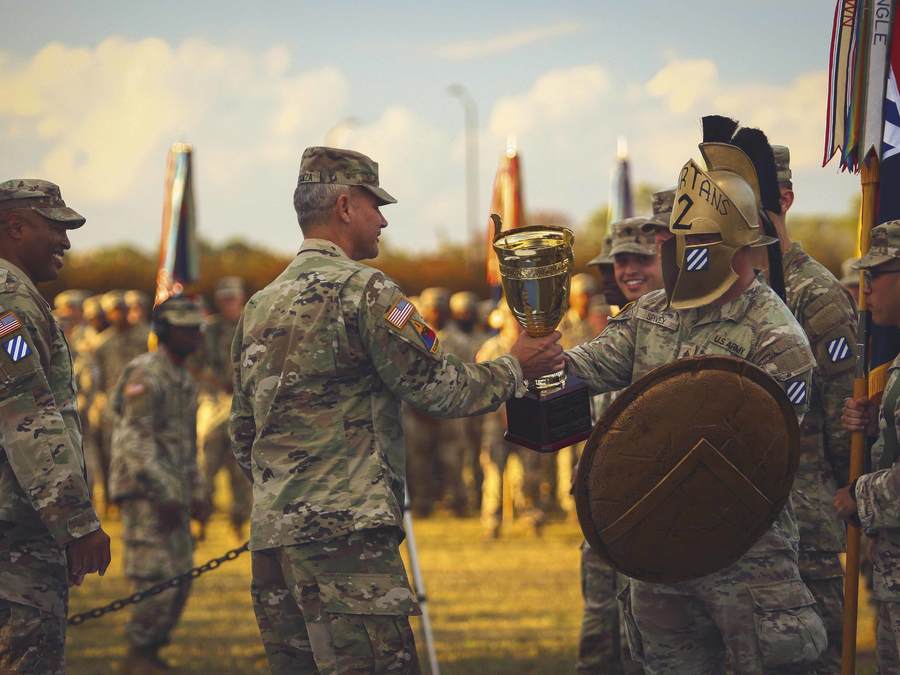 Major General Charles Costanza, the commander of 3rd Infantry Division, presents the Marne Cup to the 2nd Armored Brigade Combat Team for winning the most competitive events during Marne Week at the 3rd ID closing ceremony marking the end of the Marne Week competitions, at Fort Stewart, Georgia, November 18, 2021. During Marne Week, Soldiers from across the division participated in athletics, sports and ceremonies to honor the legacy and celebrate the heritage of Dog Face Soldiers and the Marne Division. | Photo credit Sgt. Aaron Lundgren - 3rd Infantry Division

Marne Week concluded with the annual Marne Ball sponsored by the Society of the 3rd ID Infantry Division at the Jekyll Island Convention Center on Nov. 19.