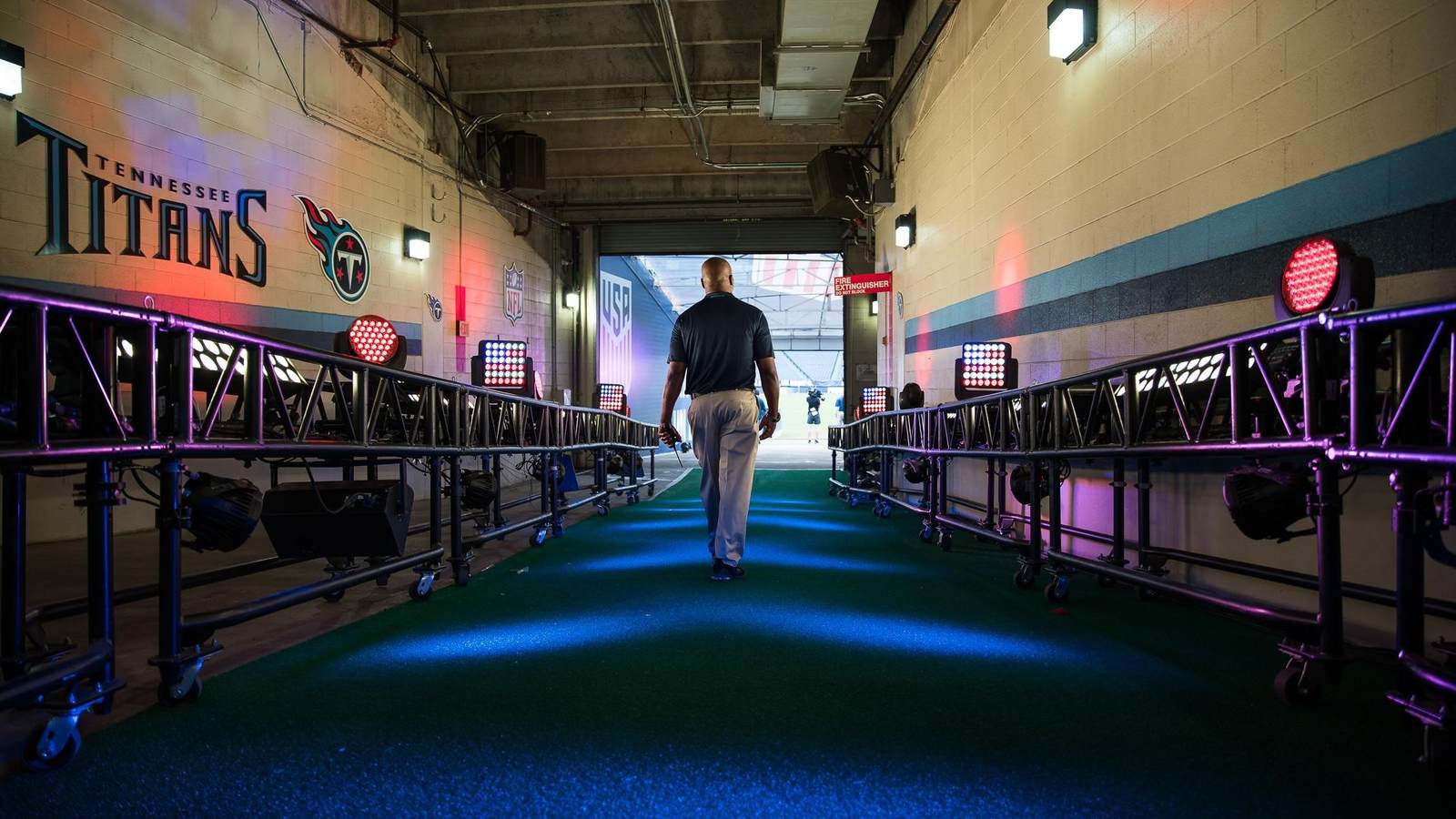 In 2018 and 2019, FedEx worked with the USO and two NFL teams in offering the FedEx Football Fellowship – an incredible opportunity for recently-transitioned service members to gain hands-on professional experience as they transition from military to civilian life. The fellowship was part of FedEx’s support of the USO Pathfinder® Transition Program, which supports service members and military spouses in their transition back to civilian life.

One of those recipients was John Williams Jr., a 21-year U.S. Army veteran who retired as a master sergeant in 2018 and was selected to conduct his fellowship with the Tennessee Titans. Due to the success Williams found through the fellowship and USO Pathfinder® Transition Program, he now works as the stadium operations manager for the Titans as a full-time employee. After three years, the USO caught up with Williams to see how life after the military has been for him, and how his experience with the Titans has been thus far.

Veteran Finds a Career Passion Beyond the Military

“I’ve only been out for three years and the transition has been educational, learning how to adapt to a civilian professional environment,” Williams said.

Service members often face challenges that make it difficult to find jobs or careers that align with the work they did while in service. This can be because they themselves might not appreciate the skills they’ve acquired in service, or because it’s challenging to re-frame those skills within the civilian job market. Service members can also struggle to simply understand what type of career would best align with their skills and experience, making it even more difficult to even know where to start.

For Williams – who learned about the USO Pathfinder® Transition Program during a transition briefing presented by Dorlisha White, a USO Transition Specialist at Fort Campbell, Kentucky – he was prepared to overcome these challenges and transition from the military thanks to the support he received from the USO. 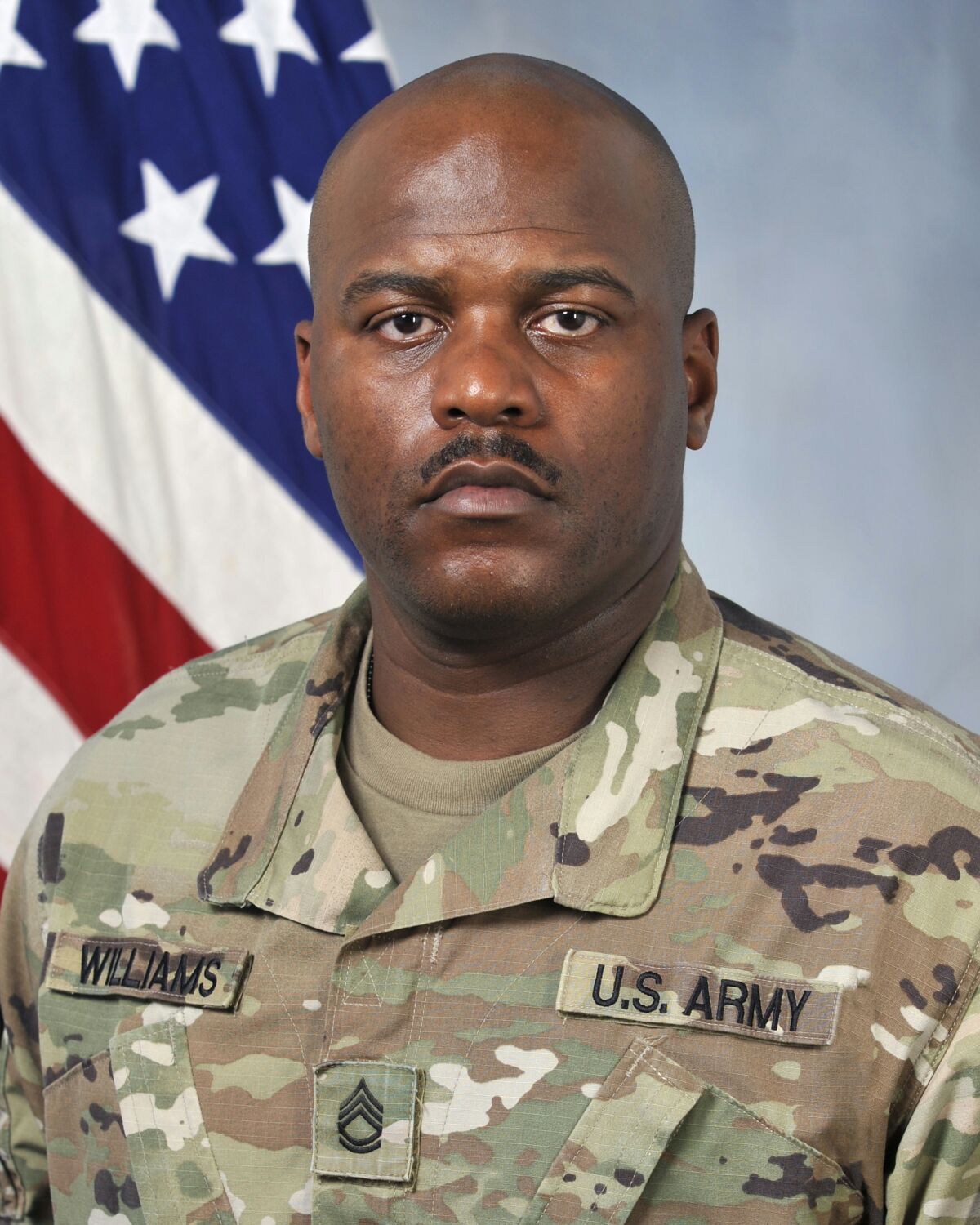 “The benefits of the USO Pathfinder program were great counseling, confidence and mentorship,” Williams said. “They assisted by helping me structure a professional resume for the first time and filling out my first job application.”

The USO Pathfinder® Transition Program helps service members and military spouses through the process of transitioning out of military life with customized action plans and one-on-one advising. With these personalized action plans, USO Transition Specialists can help build a roadmap to success for service members and military spouses, connecting them to resources through a holistic approach. This includes focusing on subjects such as employment, education, financial readiness, mentorship and increased access to relevant veterans’ resources in their local communities.

During Williams’ one-on-one USO Transitions counseling session, White discovered that Williams had a passion for coaching sports and a bachelor of science in sports management from American Military University. This made him the perfect candidate for the FedEx Football Fellowship, a collaboration with the USO that worked with NFL teams to create on-the-job professional experiences for recently transitioned veterans as they navigate their way from military to civilian life.

“We actively looked at his volunteer background and work background [to] see what skills could be transferred over,” White said. “It is great to see a transition unfold in your eyes and be successful.”

“My sports management degree is what led me to apply for the fellowship and my goal has always been to work in professional sports after the military,” Williams said. “I enjoy my current role and working for the NFL, it makes me feel like I am still part of a team.”

Serving in the U.S. Army for 21 years, Williams is accustomed to working in a team environment with a unified mission and goal, similar to an NFL football team. After all, transitioning out of the military isn’t just about finding meaningful employment – it’s about finding a meaningful career path and establishing a new personal routine and lifestyle as well.

The military lifestyle fosters a strong sense of community, so, when service members leave the military and re-join the civilian world, it can be quite challenging to suddenly lose such the built-in network of fellow service members. 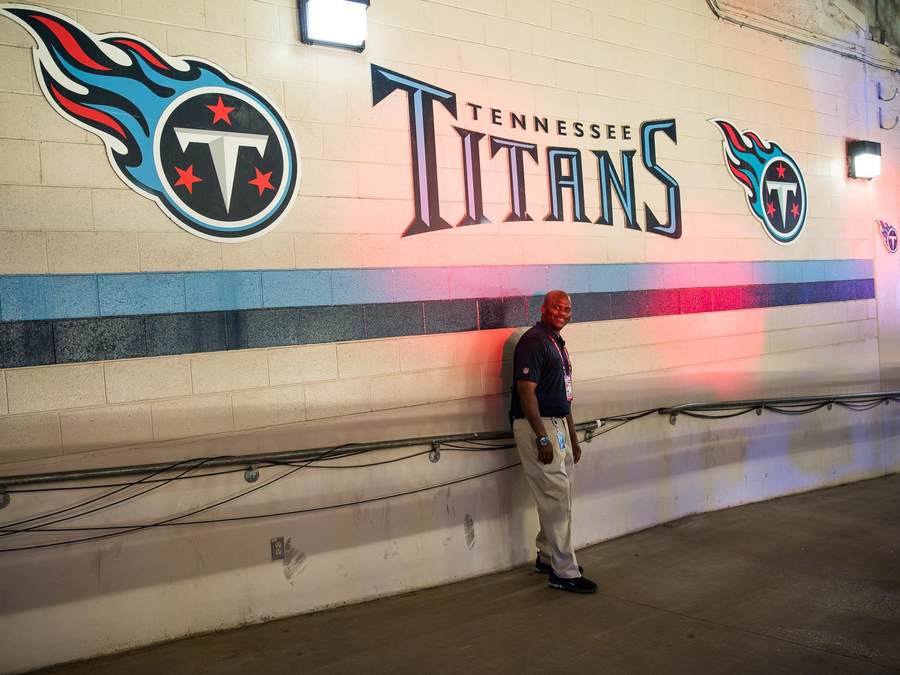 After transitioning out of the military, John Williams Jr. found a career with the Tennessee Titans. - Photo credit: Courtesy Photo

“I love football because it relies on the team concept,” Williams said. “I have heard coaches preach ‘do your 1/11,’ meaning, if everyone does their part, the team will be successful.”

Given his commitment to the Tennessee Titans and serving as a dedicated and committed team player as the stadium operations manager, while also supporting the local military and veteran community, Williams has been nominated by the Titans to potentially be recognized as the NFL’s 2021 Salute to Service Award recipient, presented by USAA.

As the presenting sponsor of the Salute to Service Award, USAA will contribute $25,000 in the recipient’s name to an official aid society or nonprofit representing all U.S. military branches. The NFL will match USAA’s contribution by donating an additional $25,000 to the awardee’s military or veteran charity of choice.

If recognized as the 2021 NFL Salute to Service Award recipient, Williams plans to donate the $25,000 to the USO.

“The USO Transition Program was there for me in my transition and helped me land this amazing opportunity with the NFL and Tennessee Titans,” Williams said. “I want to pay it forward, and help other soldiers prepare for their transition like the USO helped me.”