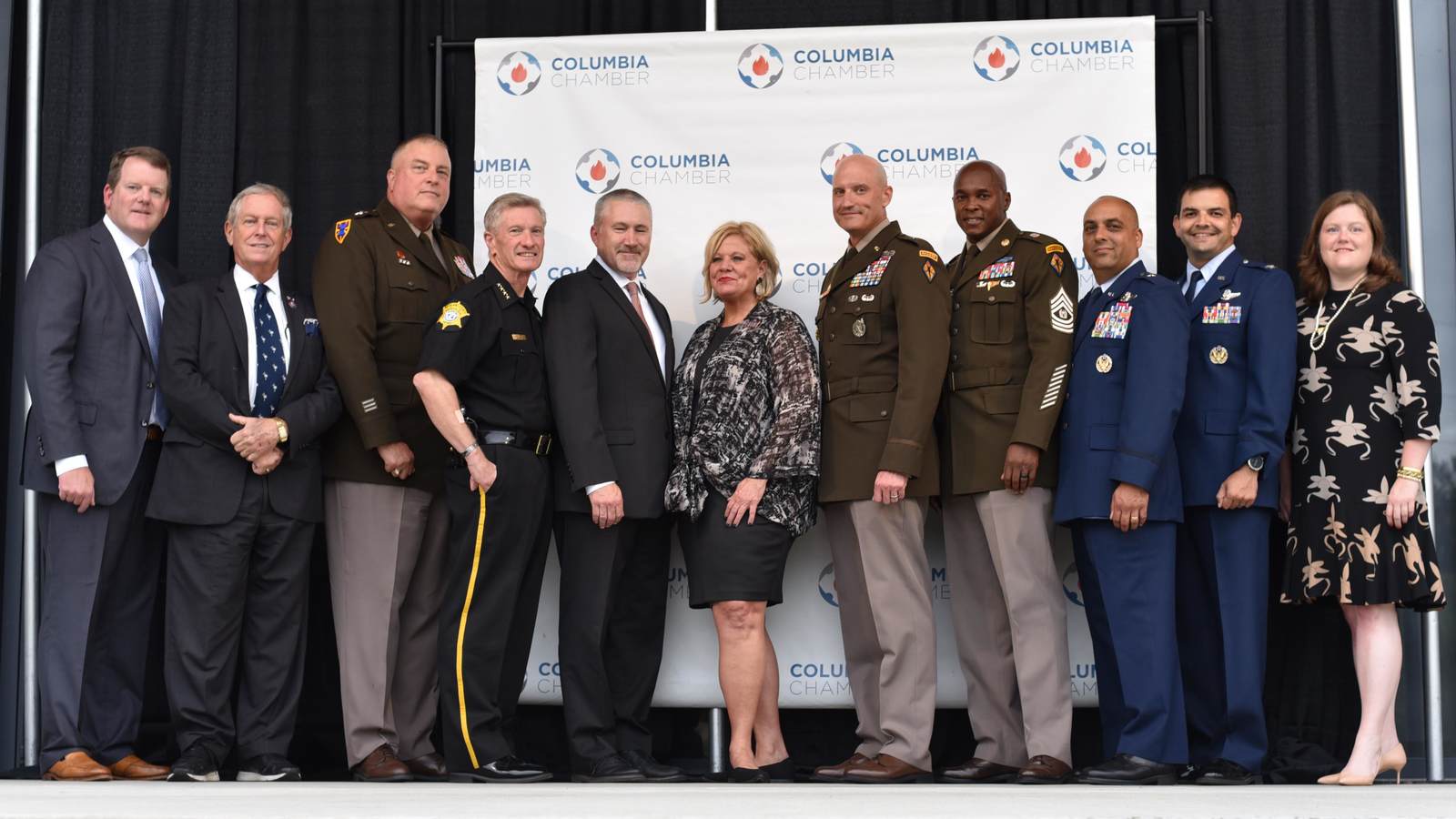 Often working long hours, seven days a week, Thresher continuously goes above and beyond the call of duty to ensure South Carolina’s service members are shown great care and compassion as she ‘gives more than thanks’ to the local military community. 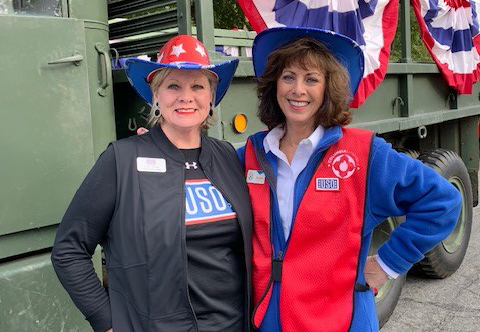 “Joanie is truly an awesome advocate for the military and a prominent leader in our Great American Defense Community,” said Susan Vaughan McPherson, Columbia Chamber of Commerce Vice President of Public Policy, Military Affairs & Small Business. “We are fortunate to have her support and devotion to our military members. Her energy is contagious and reverberates throughout the State.”

In 2020, while most of Columbia, S.C., and local military communities had to close their doors due to CVOID-19, Thresher worked with her team to find innovative yet safe programing by improvising, adapting, and overcoming the many obstacles of COVID-19, ensuring South Carolina’s military community continuously received the USO’s unwavering support, even during these unprecedented times.

During the past year, the USO South Carolina team of three USO staff members and numerous volunteers, led by Thresher, worked tirelessly to provide programs and support to over 70,298 service members and their families, logging over 2,822 volunteer hours.

Programs included the Bob Hope Legacy Reading Program, where at Fort McCrady Training Center sailors going through Naval Individual Augmentee Combat Training (NIACT) are offered an opportunity to pre-record themselves reading a story to their children, a classroom or other youth groups through prior to deploying. In addition to offering a chance to pre-record a reading, a hot meal is also provided to these sailors, typically a southern style BBQ as a last meal option other than eating at the dining facility or having a Meal Ready to Eat (MRE), prior to their deployment.

Thresher also spearheaded the USO mission delivery efforts in support of over 972 South Carolina National Guard soldiers assisting at COVID-19 testing sites across the state, to include multiple homecomings at Shaw Air Force Base, while meeting incoming flights of hundreds of new U.S. Army recruits passing through the Columbia Metropolitan Airport USO airport center on their way to Fort Jackson for basic training each week.

This past June, USO South Carolina provided food, fun, and supplies to over 900 South Carolina National Guard Soldiers and Navy Individual Augmentee sailors conducting training at McCrady Training Center. Mission delivery consisted of over 13,000 snacks, 3,500 bottles of water and Powerade, 1,000 ice pops, 650 slushes, and lots of other treats to keep service members cool and refreshed as they conducted training in the sweltering summer heat of South Carolina.

Thresher and her team also support more than 9,000 soldiers who depart basic training at Fort Jackson, S.C., as part of their Holiday ‘Victory’ Block Leave – the time-honored holiday tradition that authorizes soldiers in basic training during the month of December to travel home to reconnect with family and loved ones over the holidays each year.

Although thousands of service members travel home for the holidays every year, there are hundreds more who remain behind at military installations due to assigned duties, personal circumstances or other reasons. Thresher and her team ensure service members at Fort Jackson who can’t make it home for the holidays enjoy a week of holiday festivities filled with outdoor games, snacks and lunch.

“Joanie breathes life into the USO mission here in South Carolina. Her dedication to serving our nation’s military and their families is second to none,” said Katie Kennedy, Senior Operations and Programs Manager, USO South Carolina. “From sacrificing holidays with her own family to spending long summer days in the field, Joanie’s commitment to serving the military is evident in all she does.”

Prior to joining the USO, Thresher was director of group sales at the Sheraton Myrtle Beach Convention Center Hotel, identifying opportunities to increase revenue and supervising a team of six sales managers. She also served as a volunteer with USO Georgia, assisting with center operations as well as sponsor and volunteer solicitations.

“Without her personal commitment and passionate enthusiasm, the work of the USO in South Carolina would not be done,” said McPherson. “She is a true ‘Force Behind the Forces’ and I could think of no better person to be presented the 2021 Columbia Chamber of Commerce Military Advocate of the Year.”