Service Members Can Escape Through Growing Number of USO Gaming Locations Throughout the Southeastern U.S. 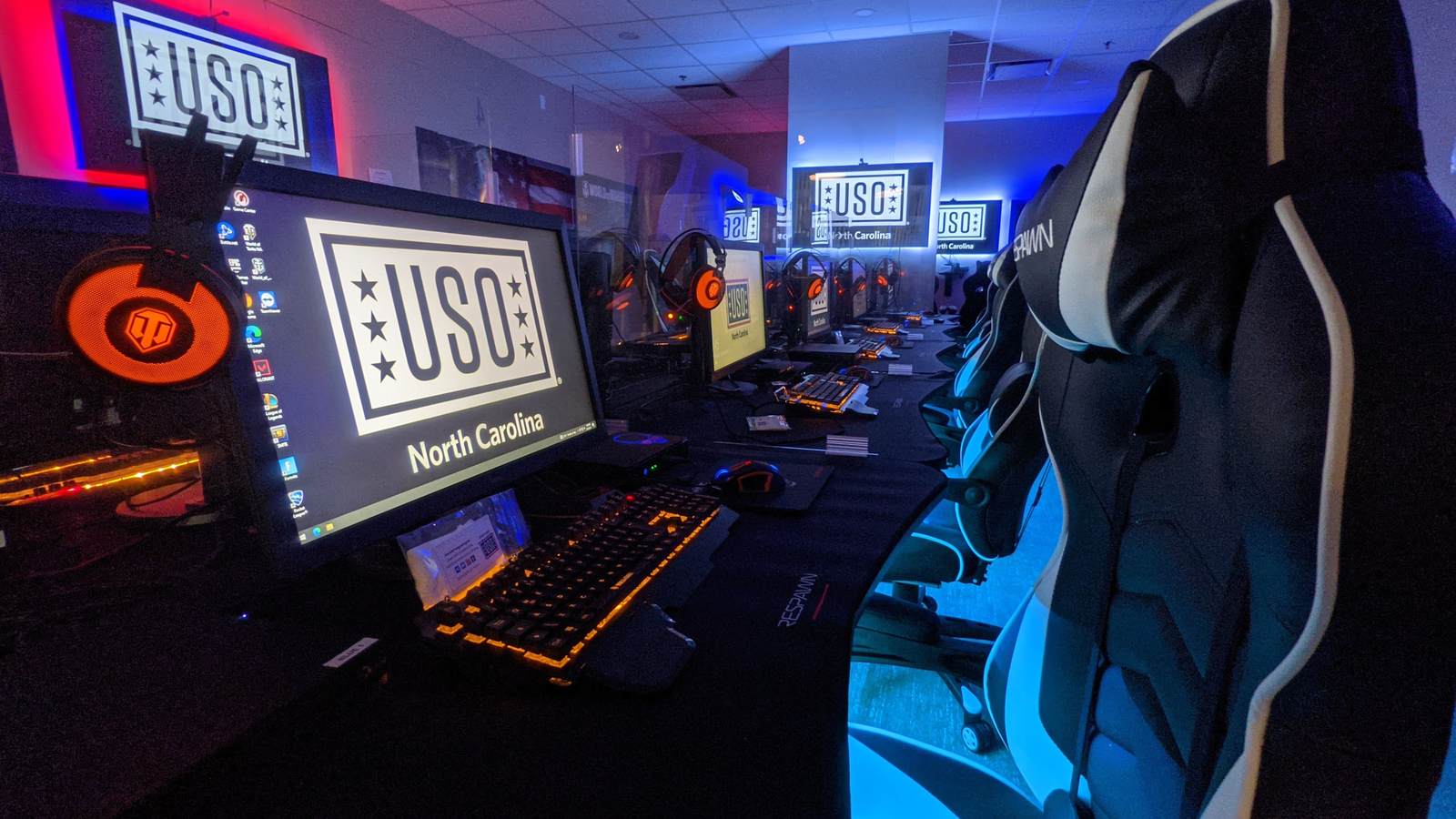 Although video games are, in fact, games, for America’s military, they can be so much more.

Research conducted by the Department of Veteran Affairs shows that video games can help a service member relieve stress, relax after a long day of duty, connect with loved ones who are thousands of miles away and decompress following a deployment.

As the need for gaming continues to grow, the USO is constructing gaming centers across the U.S. at USO centers, where they serve as a place for service members and their families to unwind, connect and participate in USO Gaming events.

Gaming at the USO: Then and Now

Although video games have always had a place in USO centers over the past four decades, from standup arcade games, pinball machines, to video game consoles, gaming and the technology that allows for service members to play and connect with friends, family and gaming communities in real-time across the globe has certainly changed. 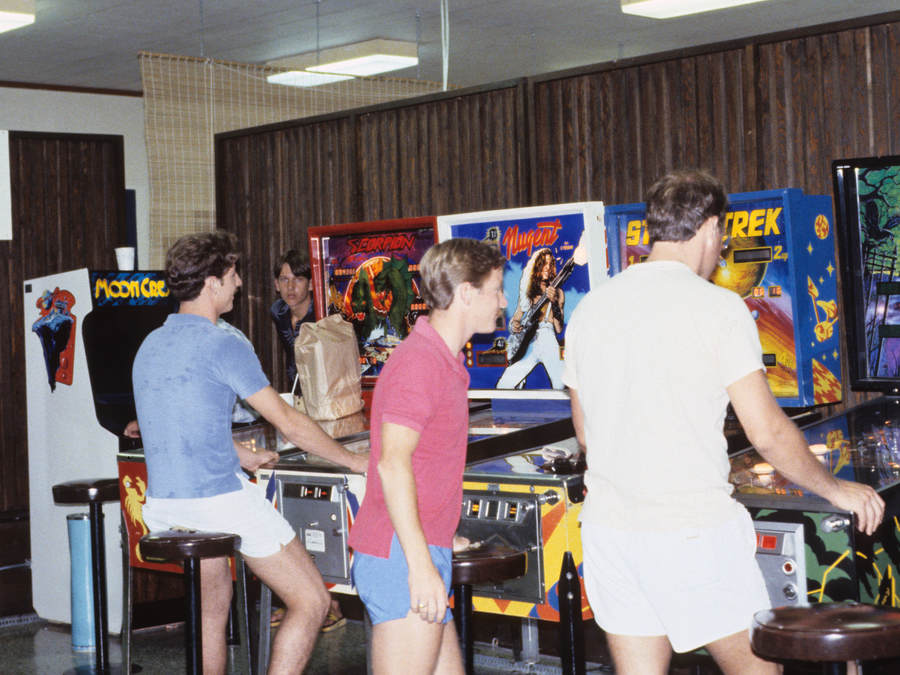 While offering video gaming as means of entertainment is not new to the USO, its latest online and social approach is a refreshed take on a now-classic USO amenity. In the last year, the organization has taken its gaming initiative to the next level by outfitting more of its locations with dedicated gaming spaces, equipped with all the latest technology, as well as hosting video game tournaments, both in person and online.

In November of 2019, the USO opened its first-ever USO Gaming Center at Seymour Johnson Air Force Base, North Carolina, which includes 10 gaming consoles as well as stations for guests who choose to bring their personal consoles. Another brand new, state-of-the-art USO Gaming facility will soon be opening at Elgin Air Force Base, Florida, in winter 2021.

Most recently, the USO hired two local gaming supervisors to its staff to ensure service members always have a way to connect and a community that supports them. The USO Gaming supervisors foster strong online and in-person gaming communities across Twitch, Discord, YouTube and Facebook.

Sarah Nobriga, the new center operations supervisor for the USO Gaming center at Seymour Johnson Air Force Base is also a 13-year active-duty Air Force spouse. She grew up playing “Super Mario Bros” and “Duck Hunt,” and now enjoys playing “Gears of War” and “Animal Crossing.” She is excited to join the USO and expand the USO Gaming footprint throughout the U.S. Southeast region. 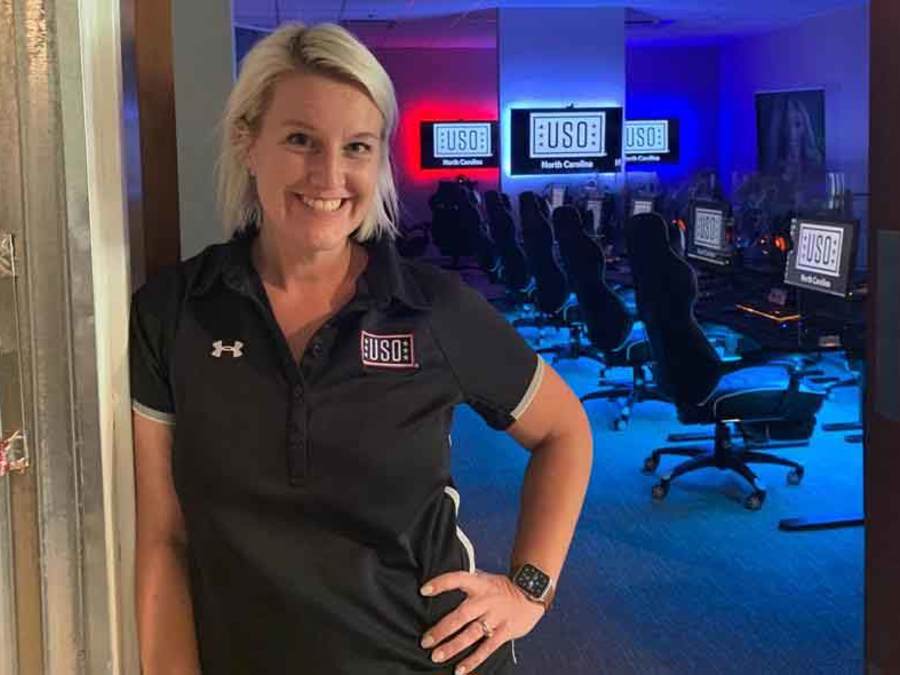 “The USO team gives me the opportunity to support and provide morale to our military family in creative and innovative ways. Our gaming facility is just one of the many things for our service members to enjoy,” Nobriga said.

“I want to really foster the feeling of home in our center, playing and enjoying gaming is something I had in my home and I would love to recreate that joy for our service members and their families.”

In early October 2021, the USO Gaming Center at Seymour Johnson Air Force Base is hosting a “Call of Duty” tournament for the local military community, with more gaming tournaments planned in the future. 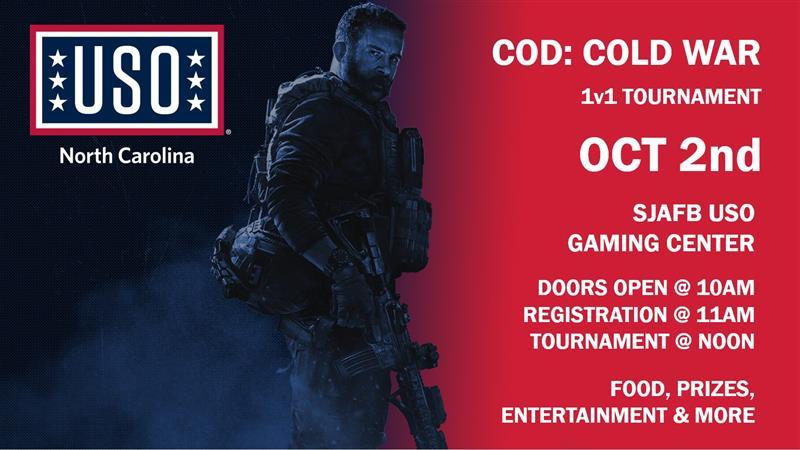 USO Gaming tournaments like these are easily accessible, with in-person and virtual options available for service members to compete with for a chance to win prizes and bragging rights, all while having fun and boosting their morale.

Meanwhile, in Florida, Jason Thomsen is joining the USO Northwest Florida team as the local gaming events coordinator at the USO Gaming Center at Eglin Air Force Base. Although Thomsen grew up playing the Atari 2600, his first true gaming love is “The Legend of Zelda” series from the original Nintendo Entertainment System. Today, he enjoys playing “Halo,” “Destiny,” the “Borderlands” franchise and “Ghost of Tsushima.” 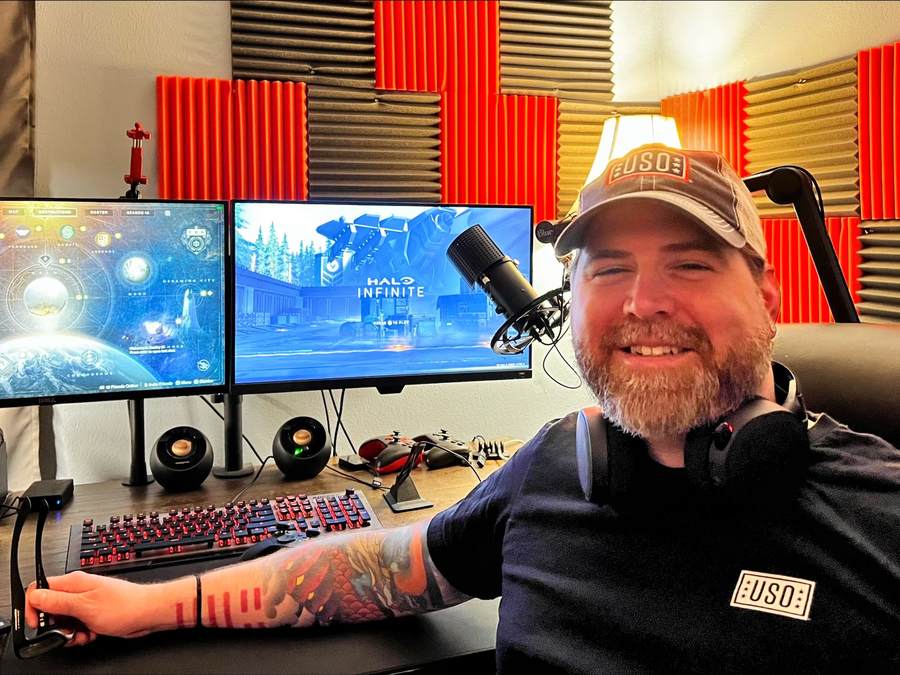 “My first introduction to the USO, like many, came through Bob Hope. I didn’t fully grasp what the USO did back then. But as I got older and learned more about the USO, I thought that was something maybe I would be part of someday,” Thomsen said.

“When I learned that gaming was a new initiative within the USO and I’d be able to help create the best gaming experience possible for our troops, well, I was all in. I thought how I could use my own experiences to build social and competitive experiences for our troops.”

Gaming is an important tool for the USO to strengthen our military by helping service members stay connected to family, home and country, and the USO will continue to grow its USO Gaming offerings throughout the globe.

Video games are so much more than a screen, a game console and the act of putting on a headset for a few hours of fun. For many service members, the escapism of video games can allow them to forget – just for a moment – the stress and responsibility of their work.