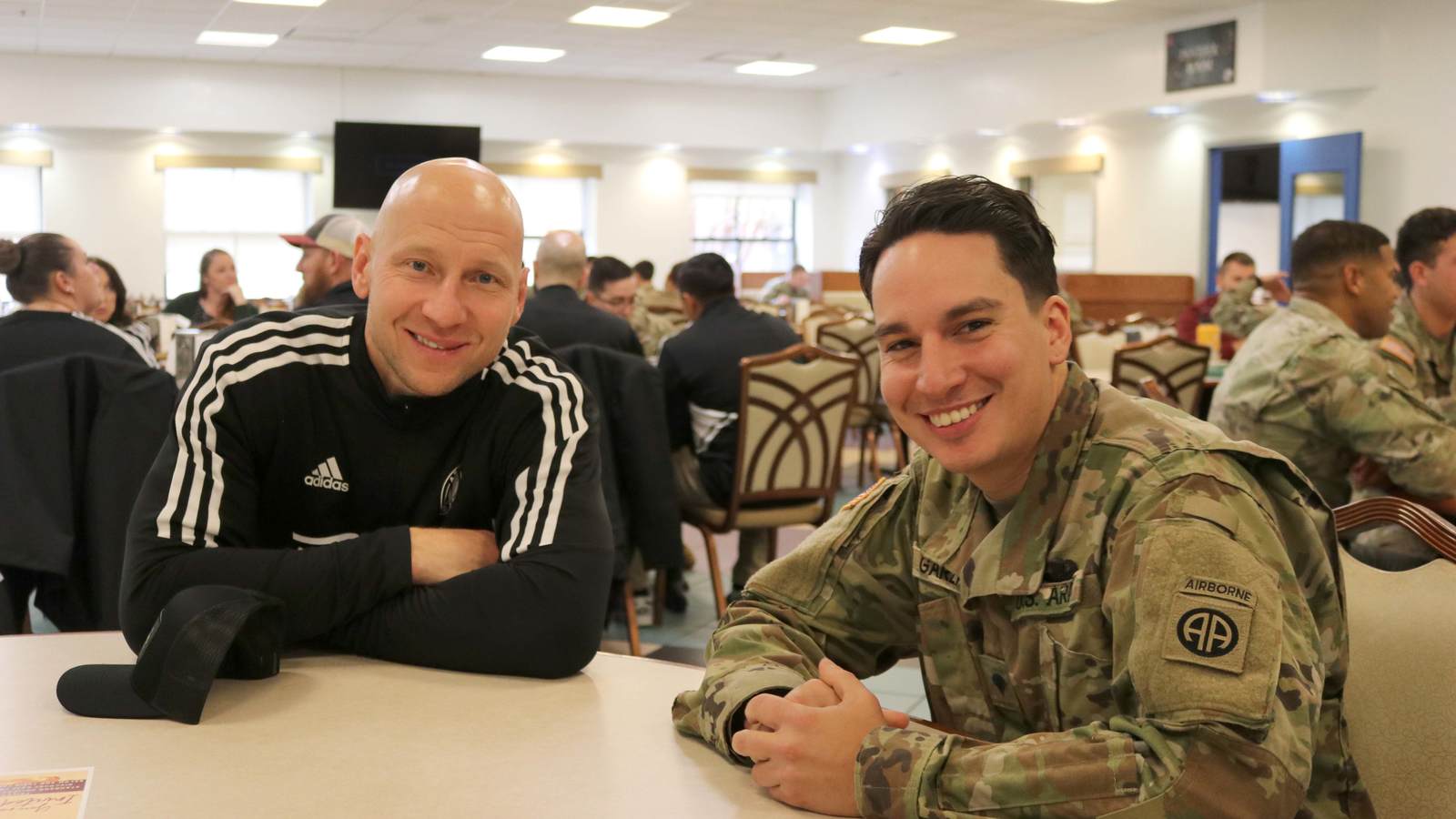 The Salute Our Troops initiative allows Atlanta United to tell the stories of active duty service members and veterans, while also delivering memorable experiences for military personnel, veterans and their families through several outreach programs.

“Our owner and Chairman Arthur Blank and CEO Steve Cannon are huge supporters of the military community,” said Alec Queisser, Community Relations Manager for Atlanta United. “To be on base with service members stationed at Fort Bragg, and for our players to interact what our nation’s troops who defend our country and ensure our freedoms to allow us to play this beautiful game of soccer is inspiring to us.”

“It’s an honor anytime you get to interact with military members, but to be here to be with such an elite unit and spend the day like the one we are having with them, it’s been fantastic,” said Brad Guzan, goalkeeper for Atlanta United and whose grandfather fought in WWII at the Battle of the Bulge and was held captive for eight months as a Prisoner of War. “We’re able to do what we do because of the men and women here at Fort Bragg, and to be able to come here and show our appreciation for their service and sacrifices means a lot to us as an organization.” 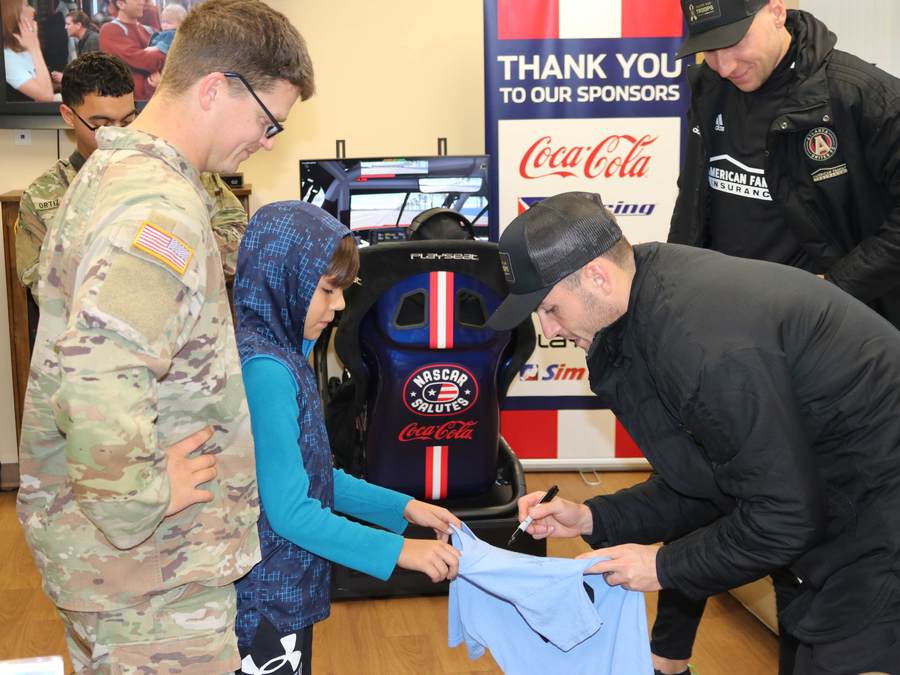 “It was awesome to meet the Atlanta United players, and I appreciated that they took the time to come up to Fort Bragg and interact with the soldiers here,” said Spc. Rognie Ortiz Vega. “I could tell it meant a lot to all the soldiers who had the chance to meet them, and it was an overall cool experience to receive the wonderful players and staff.”

After visiting the USO center, the players and staff visited an indoor rifle and pistol simulator for some target practice and finished the visit with a tour of a hanger at the 82nd Combat Aviation Brigade where players meet with aviation crew and were shown the cockpit of a UH-60 Black Hawk helicopter, before heading to the airport to catch their own flight back to Atlanta. 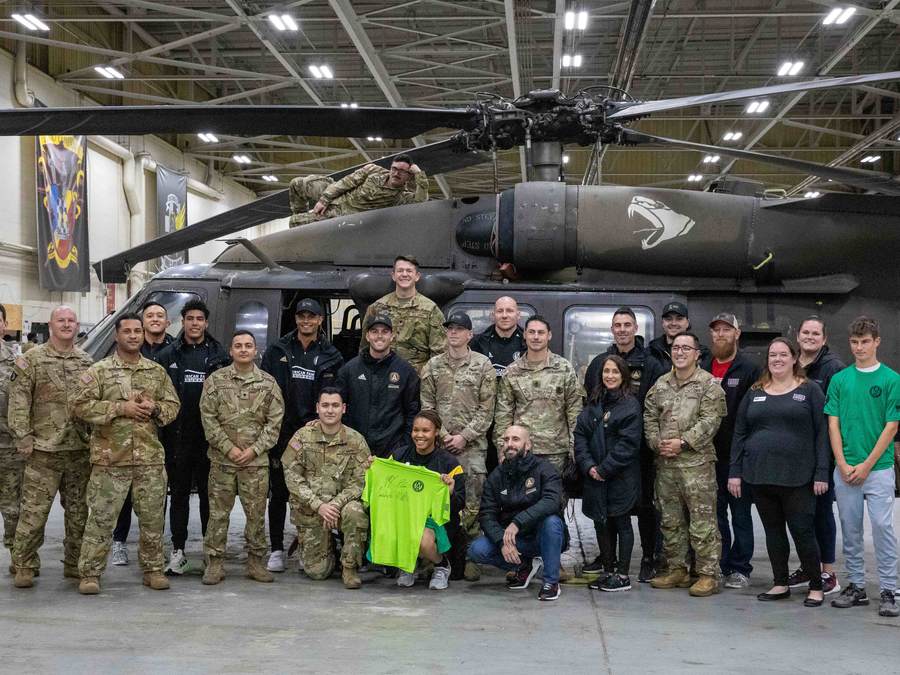 Giving back to the military community is part of the fabric of Atlanta United, and they are proud to continue their Salute Our Troops initiative for the third consecutive year. Salute Our Troops is one of the many ways Atlanta United and the Blank Family of Businesses strives to support the military and honors our service members and their families who proudly serve out nation.